Them is a new an Amazon Prime Video series that is best described as intense, triggering, and beyond creepy — but more than worth watching! 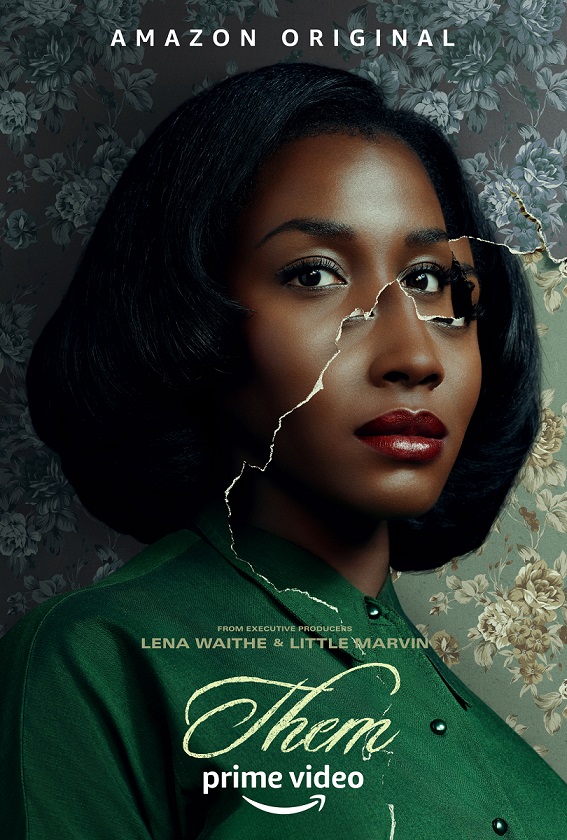 Amazon Prime Video’s Them series is one of those shows that is hard to write a detailed review about without giving too much away. This show is best described as intense right from the very start. Fair warning, there are a lot of triggering moments in Them — mostly because of the heavy racism, but also because of some hard to watch rape and death scenes.

Them is about a Black family that moves to an all White neighborhood in the 1950s. It takes place over ten episodes, and just 10 days, as they are tortured beyond anything they could have imagined. As the series goes on, there are flashbacks to their lives before they moved, as well as to a time long ago, that help to give the audience the full story.

What Works In Them

The plot, the cinematography, and the musical score bring this story together perfectly, especially in the final episodes, and make it more than worth watching. Even if a lot of it is spent uncomfortably looking away. Each and every actor in Them perfectly plays their role. Viewers are sure to hate Alison Pill (Betty) with a passion, feel for Deborah Ayorinde (Lucky) and Ashley Thomas (Henry), all while completely adoring Shahadi Wright Joseph (Ruby) and Melody Hurd (Gracie).

Them can be compared to American Horror Story in the way that it is a standalone season that has a ridiculously creepy feel. The entire show is intense from the beginning to the end and there is not a moment that my heart wasn’t pounding for one reason or another.

Each one of the Emorys is dealing with their own issues, and each one of them has a compelling story that helps drive the overall purpose of the show forward. I almost immediately became invested in each and every one of them, which is part of the reason some moments were extremely difficult to watch.

What Doesn’t Work In Them

The biggest issue with Them is the way that the story jumps around in the beginning, and that some parts of the script feel a bit weak at times. The parts surrounding the Emorys are by far the most interesting moments in the show, and sometimes when we follow Betty Wendell, it almost seems pointless. While I did enjoy the final few moments that her characters is a part of the show, they still didn’t feel completely necessary. This is hard to explain without giving spoilers, but I think that most viewers will understand when they see the show.

Them is terrifying, suspenseful, and incredibly intense. It can be triggering for a lot of people and made me uncomfortable more often than not. All that being said, this really is the point of the show. The story and the plot are amazing and it all comes together perfectly in the end, making this a fantastic show for those who are into horror and thriller type shows.

Triggering, horrific, and yet completely captivating, this show is extremely dark and creepy. Stellar performances by all.

Them is a limited anthology series that explores terror in America. The 1950s set first season centers on a Black family who moves from North Carolina to an all-white Los Angeles neighborhood during the period known as The Great Migration. The family’s idyllic home becomes ground zero where malevolent forces, next-door and otherworldly, threaten to taunt, ravage and destroy them.