Rick And Morty Seasons 1-4 comes to Blu-ray and DVD with an incredible list of bonus features and all 41 episodes! Warner Bros. Home Entertainment provided me with a free copy of the Blu-ray I reviewed in this Blog Post. The opinions I share are my own.

Rick And Morty is one of the best adult animation shows on television. My husband and I always find ourselves cracking up when we watch this show. It just gets more and more creative and we are eagerly awaiting the next season — as are most fans. But for now, you can grab Rick And Morty Seasons 1-4 on Blu-ray or DVD and get a ton of new content in the amazing bonus features! 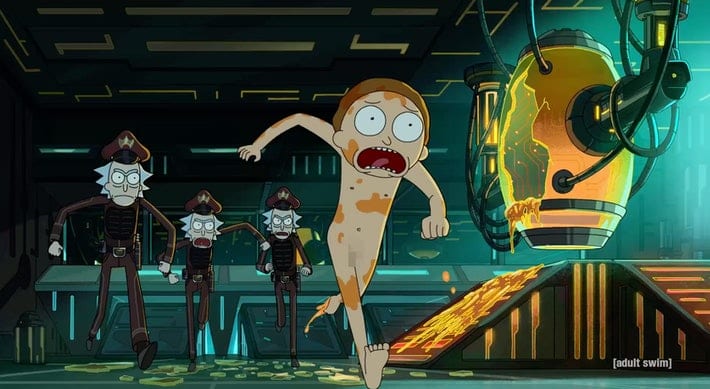 My favorite thing about home releases is the incredible bonus features that you get. They always make me appreciate the show more — especially when we get some fun behind the scenes stuff like we do in these Rick And Morty Seasons 1-4 Blu-ray bonus features!

There are also animatics, deleted scenes, and commentaries. Some of the best bonus features I have ever seen, honestly. Here is the full list:

About Rick And Morty

After having been missing for nearly 20 years, Rick Sanchez suddenly arrives at daughter Beth’s doorstep to move in with her and her family. Although Beth welcomes Rick into her home, her husband, Jerry, isn’t as happy about the family reunion. Jerry is concerned about Rick, a sociopathic scientist, using the garage as his personal laboratory.

In the lab, Rick works on a number of sci-fi gadgets, some of which could be considered dangerous. But that’s not all Rick does that concerns Jerry. He also goes on adventures across the universe that often involve his children, Morty and Summer.

With Blu-ray’s unsurpassed picture and sound, Rick and Morty: Season 1-4 Blu-ray release will include 1080p Full HD Video with DTS-HD Master Audio for English 5.1. Featuring all 41 episodes from the season 1-4 in high definition, as well as a digital code of the seasons (available in the U.S. only).