The Expanse Season 5 Episode 9 “Winnipesaukee” is setting up for a truly epic season finale  — here is my recap and review! 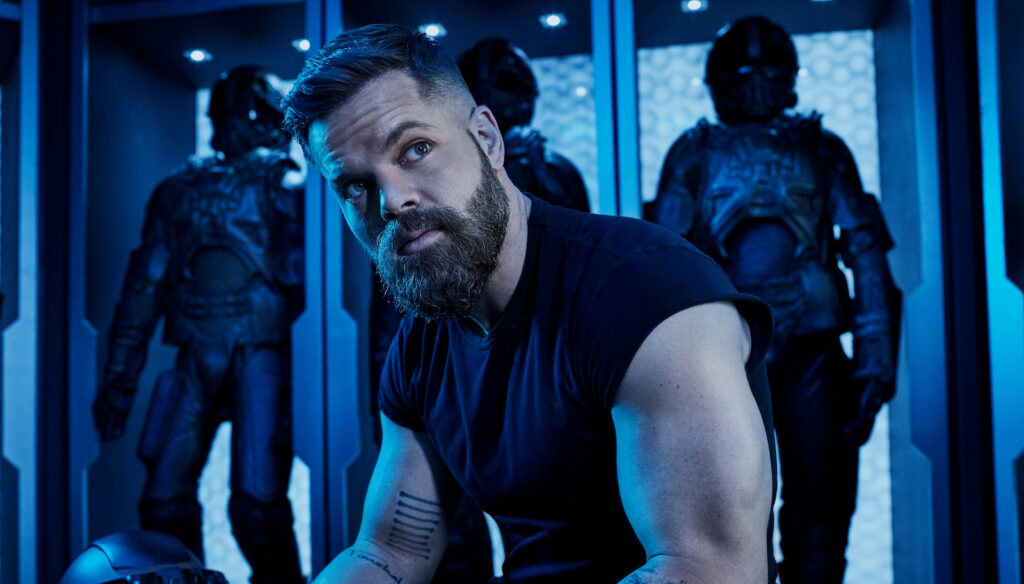 With just one more episode to go after this, The Expanse season 5 episode 9 is setting up for something truly epic. I stand by my prediction that everyone will be reunited by the end of the season, although I am starting to be worried there could be a death of a major character as well.

At the start of this episode Karal contacts Marco to tell him the distress signal from Naomi’s ship has changed. They discuss could this mean she is alive? Or could it just be the comms system breaking down? We also learn that Alex, Bobbie, and Holden get the new message too — they try to figure out what exactly is going on, but both he Roci and Razorback continue to be on their way to Naomi.

Amos, Clarissa, Erich, and some others arrive at one of the hangers in Winnipesaukee to find a ship. But they also discover that the winter staff for that house is still hiding out there, and running low on supplies. Turns out Clarissa knows the staff because she had Thanksgiving there once when she was a child. The staff explains that something is wrong with the ship and it won’t start up. Amos gets to work trying to find and fix the issue.

On Luna we learn that the UN went ahead and attacked the Belter station Palace. Without Azaversala knowing of course and she is not very happy about it. In a cabinet meeting they are now discussing where else to attack. They justify these actions by saying he did it to them and Avasarala answers with “Is he our role model now?”

She says she wants Marco to pay too because he murdered her husband, but there is a right and wrong way to do it. She also points out that everyone who knew someone on Palace is feeling that same way about them now and they are creating more enemies. When the plans to attack Ceres Station come up, Avasarala resigns. Multiple cabinet members follow her lead and leave the room.

On Drummers ship, Karal and Oksana are trying to decide what to do about Naomi’s ship. Oksana clearly wants to tell Drummer, but Karal explains that Marco knows the situation and he will send them orders soon. Oksana is told to keep her silence and she agrees it is what is best. Marco gives Drummer orders is to destroy the Roci so the free Navy can be seen destroying the symbol of oppression.

In Winnipesaukee they are all eating as Amos and Erich discuss working together to get the ship running. Amos is good at the mechanical stuff, and Erich can handle the computer side of it. When more staff from the homes on the island show up, they ask if they are relief since they saw the helicopter land. They try to explain they are not and eventually it comes out that they are fixing the ship and leaving.

Clarissa invites them to come with them to Luna because she doesn’t want them to have to wait — she knows that no one will be coming to help them. Amos says anyone who wants to leave better be at the hanger when the ship is ready because they aren’t waiting. Amos then tells Clarissa this was very dangerous and there are sure to be more people coming, and they might not have the best intentions.

On Luna there is a memorial to those who died on Earth and Avasarala adds her husband’s name. I suppose it is now official that he has died. Someone approaches Avasarala and explains that even more cabinet members resigned now and they are looking for someone to replace the Secretary General. She would lead them again if she was nominated. Of course, she accepts. Avasarala asks Felix to join her cabinet because she trusts him — and he isn’t scared of her. He declines and says he is transferring to a strike team as he wants to be the one to kill Marco.

Things are looking bad in Winnipesaukee as a team of private security officers shows up with guns to confront Amos and come aboard the shuttle. They are able to get them to leave but it is assumed they will be back. Amos says let’s hurry up and get it done before things get even worse.

Drummer knows that Oksana is holding something back and after telling her how much her crew means to her, Oksana admits what she knows. She says it is possible that Naomi is alive on her ship, and that Marco wants them to destroy the Roci before they can help her. She adds that Marco will surely kill them if they don’t obey his orders. Leaving Drummer in a tough spot.

Back at Winnipesaukee Amos suddenly realizes the issue with the ship while discussing something else. “Sometimes you gotta stop thinking about something to figure it out.” He rushes to get it fixed and huzzah! It works! The ship starts up and Erich announces they are leaving in 15 minutes. As they are outside guiding people to the shuttle, they start being fired on from the trees. It seems that security team came back with a vengeance! Lots of their people are dying as they try to fight back and also make it to the shuttle.

Clarissa does what I expected she would have to, and uses her power to kill a group of them that have breeched the hanger. After more fire fighting they make it on the ship and when it takes off the fusion thrusters kills the rest of the people that were attacking. Seriously, that is a really cool shot in the episode! Amos and Hutch are in the airlock when they take off. She was badly hurt and is passed out when they hit orbit. It is unclear if she survived.

On Marco’s ship he goes to see Filip and they both say sorry at the same time. Filip says he brought Naomi there and now she’s gone and Cyn is dead. And says it’s his fault. Which of course Marco drilled into him in the previous episode. Marco interrupts him to tell him that Naomi is alive and she made it to her ship. He adds “She wasn’t trying to kill herself, she was trying to escape. She left us both again.” further instilling hatred for his mother in Filip. Of course Filip freaks out but Marco hugs him to try to calm him.

The episode ends with Naomi seeing a ship on the radar coming closer to her. She seems to get some kind of idea, and heads back out with her suit that has no oxygen in it. The episode fades out.

This episode is clearly setting up for a pretty great finale and I cannot wait for it. I have a feeling that everyone is going to gather near Naomi’s ship and I really hope that we don’t see a main character die. However, if we do, I suspect it could be Drummer, Naomi, or Filip. With only one episode left in the season, I expect a huge cliffhanger as well.

I love this episode for several different reasons but mostly because of what happens at Winnipesauke. I adore Amos and I enjoyed seeing him get his hands dirty and fixing stuff again. It was also great watching him work alongside Erich, who is an intriguing new addition to the cast this season. I only wish we had seen Clarissa use her powers again, but to know she did it is good enough. 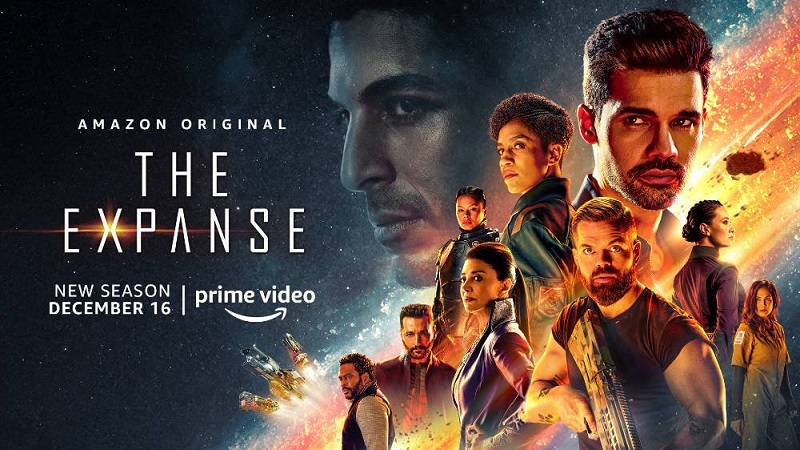