I am always asked about my favorite movies for different occasions. So here is my Top 10 BEST Christmas movies — plus 5 honorable mentions.

Christmas is one of my favorite times of the year and I love to celebrate with a good movie — or ten. I was recently asked what are my must-watch-every-year, very best Christmas movies and it was a lot harder than I thought it would be to narrow them down!

I chose mostly family friendly movies for this list, and ones that I plan to watch this holiday season. Honestly, these could rotate on a daily basis for me. I just love holiday films. But this is my final list of the 10 best Christmas movies … for now!

I am not going to lie, this was actually a really hard list to make. I probably could have made a list of 20 or 30 movies and still had honorable mentions. I decided to just list out movies I plan to watch this holiday season and went with it. Let me know your list in the comments!

The Muppets perform the classic Dickens holiday tale, with Kermit the Frog playing Bob Cratchit, the put-upon clerk of stingy Ebenezer Scrooge (Michael Caine). Other Muppets — Miss Piggy, Gonzo, Fozzie Bear and Sam the Eagle — weave in and out of the story, while Scrooge receives visits from spirits of three Christmases — past, present and future.

They show him the error of his self-serving ways, but the miserable old man seems to be past any hope of redemption and happiness.

As the holidays approach, Clark Griswold (Chevy Chase) wants to have a perfect family Christmas, so he pesters his wife, Ellen (Beverly D’Angelo), and children, as he tries to make sure everything is in line, including the tree and house decorations.

However, things go awry quickly. His hick cousin, Eddie (Randy Quaid), and his family show up unplanned and start living in their camper on the Griswold property. Even worse, Clark’s employers renege on the holiday bonus he needs.

8. The Nightmare Before Christmas

The film follows the misadventures of Jack Skellington, Halloweentown’s beloved pumpkin king, who has become bored with the same annual routine of frightening people in the “real world.”

When Jack accidentally stumbles on Christmastown, all bright colors and warm spirits, he gets a new lease on life — he plots to bring Christmas under his control by kidnapping Santa Claus and taking over the role. But Jack soon discovers even the best-laid plans of mice and skeleton men can go seriously awry.

In this live-action adaptation of the beloved children’s tale by Dr. Seuss, the reclusive green Grinch (Jim Carrey) decides to ruin Christmas for the cheery citizens of Whoville. Reluctantly joined by his hapless dog, Max, the Grinch comes down from his mountaintop home and sneaks into town to swipe everything holiday-related from the Whos.

However, the bitter grump finds a hitch in his plans when he encounters the endearing Cindy Lou Who (Taylor Momsen).

Nine intertwined stories examine the complexities of the one emotion that connects us all: love. Among the characters explored are David (Hugh Grant), the handsome newly elected British prime minister who falls for a young junior staffer (Martine McCutcheon), Sarah (Laura Linney), a graphic designer whose devotion to her mentally ill brother complicates her love life, and Harry (Alan Rickman), a married man tempted by his attractive new secretary.

Buddy (Will Ferrell) was accidentally transported to the North Pole as a toddler and raised to adulthood among Santa’s elves. Unable to shake the feeling that he doesn’t fit in, the adult Buddy travels to New York, in full elf uniform, in search of his real father.

As it happens, this is Walter Hobbs (James Caan), a cynical businessman. After a DNA test proves this, Walter reluctantly attempts to start a relationship with the childlike Buddy with increasingly chaotic results.

In this dark comedy, the crotchety Willie T. Stokes (Billy Bob Thornton) and his partner (Tony Cox) reunite once a year for a holiday con. Posing as a mall Santa and his elf, they rip off shopping outlets on Christmas Eve. This year, however, Willie is falling apart.

He’s depressed and alcoholic, and his erratic behavior draws the suspicion of mall security (Bernie Mac). But when befriending a small boy brings out his kinder side, Willie begins to wonder if there is still some hope for him.

When bratty 8-year-old Kevin McCallister (Macaulay Culkin) acts out the night before a family trip to Paris, his mother (Catherine O’Hara) makes him sleep in the attic. After the McCallisters mistakenly leave for the airport without Kevin, he awakens to an empty house and assumes his wish to have no family has come true.

But his excitement sours when he realizes that two con men (Joe Pesci, Daniel Stern) plan to rob the McCallister residence, and that he alone must protect the family home. 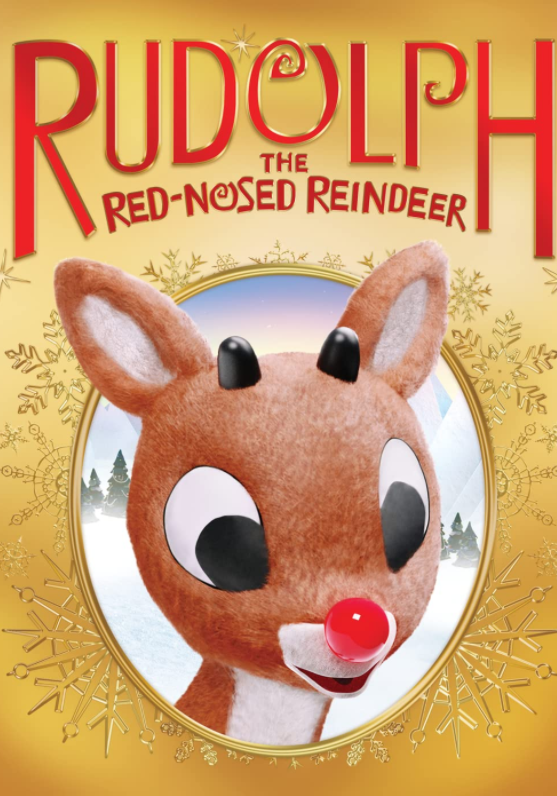 Sam the snowman tells us the story of a young red-nosed reindeer who, after being ousted from the reindeer games because of his beaming honker, teams up with Hermey, an elf who wants to be a dentist, and Yukon Cornelius, the prospector. They run into the Abominable Snowman and find a whole island of misfit toys.

Based on the humorous writings of author Jean Shepherd, this beloved holiday movie follows the wintry exploits of youngster Ralphie Parker (Peter Billingsley), who spends most of his time dodging a bully (Zack Ward) and dreaming of his ideal Christmas gift, a “Red Ryder air rifle.”

Frequently at odds with his cranky dad (Darren McGavin) but comforted by his doting mother (Melinda Dillon), Ralphie struggles to make it to Christmas Day with his glasses and his hopes intact.

These honorable mentions just HAD to be included on the list. Even if they didn’t make it into the top 5, they are Christmas movies that are more than worth watching!

On their way to join their friends ice skating on a frozen pond, Charlie Brown confides in Linus that despite the onset of Christmas he is still depressed. After Linus’ reproach, and a put-down from Violet, he visits Lucy’s psychiatric booth and tells her his problem. She suggests getting involved in a Christmas project, inviting him to direct the school Christmas play.

Tom Hanks and director Robert Zemeckis (“Forrest Gump”; “Cast Away”) reunite for “Polar Express,” an inspiring adventure based on the beloved children’s book by Chris Van Allsburg. When a doubting young boy takes an extraordinary train ride to the North Pole, he embarks on a journey of self-discovery that shows him that the wonder of life never fades for those who believe.

A discarded magic top hat brings to life the snowman that a group of children made, until a magician, professor Hinkle, wants it back, and the temperature starts to rise. Frosty will melt or no longer be a jolly soul, if the kids cannot get him away from Hinkle and warm weather, so he hops a train to the North Pole with young Karen.

The Grinch and his loyal dog, Max, live a solitary existence inside a cave on Mount Crumpet. His main source of aggravation comes during Christmastime when his neighbours in Whoville celebrate the holidays with a bang.

When the Whos decide to make Christmas bigger and brighter, the disgruntled Grinch realises there is one way to gain peace and quiet. With help from Max, the green grump hatches a scheme to pose as Santa Claus, steal Christmas and silence the Whos’ holiday cheer once and for all.

New York City policeman John McClane (Bruce Willis) is visiting his estranged wife (Bonnie Bedelia) and two daughters on Christmas Eve. He joins her at a holiday party in the headquarters of the Japanese-owned business she works for. But the festivities are interrupted by a group of terrorists who take over the exclusive high-rise, and everyone in it. Very soon McClane realizes that there’s no one to save the hostages — but him.

What do you think are the best Christmas movies?