Paranormal is a dark and creepy show about the supernatural on Netflix, but it is also sometimes confusing, so here is the ending explained. 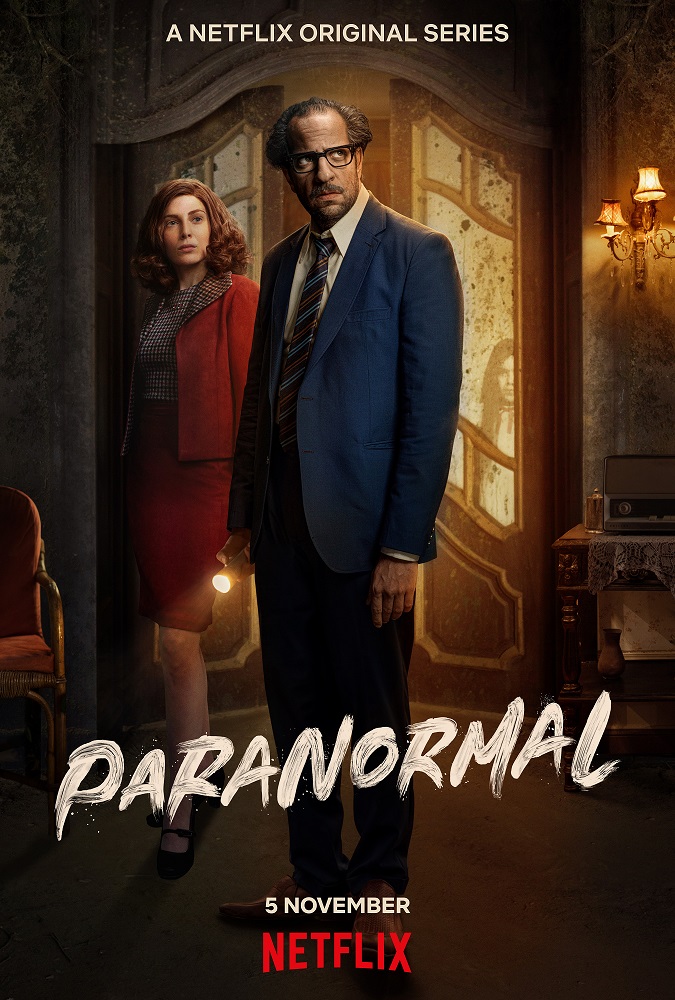 Netflix’s new show Paranormal had me hooked from the very first episode. I was drawn in and quickly binged this six episode series — which is more than worth watching. The thing I liked most about it is that it is about the supernatural world and yes, it is very creepy, but it isn’t scary. There is also a bit of a love triangle which keeps things interesting in the drama side of it.

This show is about Refaat, who is a professor that refuses to believe in the paranormal, despite all of the things happening around him that seem to prove otherwise. He also has a very dark sense of humor. This series is best on a bestselling series of thriller books.

The final episode reveals what has been going on the entire season, but it can be a bit confusing, so here is the ending explained of Netflix’s Paranormal season one.

Warning: Spoilers for Season One of Netflix’s Paranormal.

At the end of Paranormal season one, Refaat sees Medhat, Elham, and Raeefa die. He then sees a noose and decides to kill himself but before he does, Maggie stops him. She makes him realize that this was all in his head, pointing out that there are no bodies around and snapping him back to reality.

Shiraz, the young ghost girl that was his first love takes control of Maggie’s body to explain to him that the entire time she has been protecting him, not trying to hurt or scare him. She is not vindictive at all. However, by taking Maggie’s body and talking to him, she is going to no longer exist. But she sacrificed this to be able to let him know what has been happening.

Before she goes away he asks her who has been behind all the supernatural occurrences if it was not her, and she points to the devil himself, Lucifer. She also mentions to him that his mind is the maze. Maggie and Refaat give Shiraz the burial she deserves and then see their friends pull into the driveway, proving once and for all they are still alive.

Maggie leaves Refaat telling him to come see her in Scotland if he decides to be with her. He then goes to see his fiancé, Huwaida, who understands his apology, but still breaks off their engagement. Really, who can blame her?

Refaat wonders what Lucifer could want with him, and from his mind. It seems that there were numerous times he could have killed him, but he let him live. As Refaat ponders this, he sees a letter from his colleague, Louis. He opens it up to find a cryptic message and a tarot card of the devil. This is the reveal that Louis has been Lucifer all along.

Throughout the season Louis has been sending Rafeet mazes in letters, which are referred to as games. Once he is revealed to be Lucifer, it makes sense if you recall things from throughout the season. Louis has tried to explain about tarot cards and how supernatural effects are felt everywhere to Refaat in the past, who refused to believe him.

So will there be a season two of Paranormal? I certainly hope so! Apparently there are a lot of books in this series, so there is a lot of material to go off of. Plus, Lucifer is still out there and who knows what he wants from Refaat’s mind.

I hope this ending explained of Paranormal season one helped you understand it better!
Be sure read my Paranormal review.

About Paranormal on Netflix

Set in the 1960s Egypt, Paranormal sees Dr. Refaat Ismail, plunged into a series of supernatural events as he attempts to unravel the mysteries behind each unique and unusual case.

Refaat Ismail, a cynical hematology professor with a dark sense of humor, has his world turned upside down and his lifelong scientific convictions questioned after he begins to experience paranormal activities. Along with his university colleague Maggie, they enter the paranormal world and try to save their loved ones from the immense danger that surrounds them. The story is based on the best selling thriller novel series with the same name by Ahmed Khaled Tawfik.

Paranormal is now available on Netflix!