The Animaniacs 2020 reboot is filled with nostalgia for the adults, but a whole lot of laughs for the kids! This show is just as good as I remember it, maybe even better!

Animaniacs is one of my favorite shows from my childhood. The way they made fun of current events, had hilarious and actually informative songs, and then all the secondary characters — those are all some of the reasons why this show has stuck with me through the years. Once my girls were old enough, I started sharing old episodes with them. So when we learned that there was going to be a 2020 reboot of Animaniacs coming to Hulu, we were thrilled!

Along with the excitement came some concern though. I mean, can you take something that was so completely perfect and recreate that? Well after I saw the trailer for it all those fears went away. And now that I have seen five of the episodes from the 2020 Animaniacs reboot season one I can safely say this met and exceeded all of my expectations.

We don’t have all the secondary characters back — yet. I am really hoping to see the Goodfeathers and Buttons and… well… everyone! We did get Pinky and the Brain though and that is something I cannot complain about. It was so great to see them still trying to take over the world 22 years later.

One of my favorite things about Animaniacs is how self aware they are. Right from the start of episode one they talk about how they are a reboot and what a reboot is. They also think REALLY hard about their first lines, knowing that it needs to live up to 22 years of waiting.

The show acts like Yakko, Wakko, and Dot have been totally gone for these years and they know nothing about the world today. In episode one Yakko swallows a tablet that will get him up to date, and he shares what he learned in true Yakko fashion — with a song.

Of course, the trio completely admits that they have sold out, and end the episode by wearing Hulu branded clothing. How can you not laugh at that? 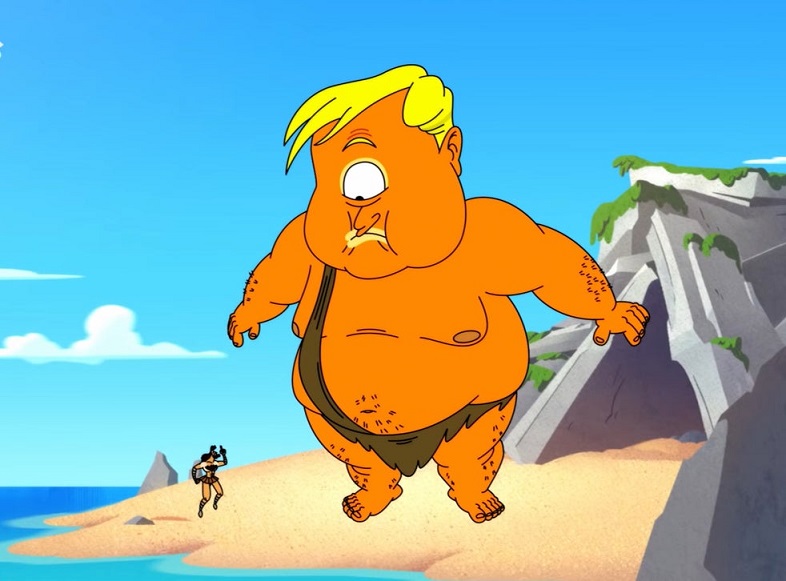 Yakko has two songs in the first episode of season one of the Animaniacs 2020 reboot and they are both FANTASTIC. I watched them over and over with my kids and we laughed and laughed together. I even have them memorized and can’t help but sing them around the house.

These songs do a lot of poking fun at current events, but they even acknowledge that the writers were writing it in 2018, so they just make up the last 2 years of stuff. Then they discuss all the reboots we have seen and I could not stop cracking up.

Just in the few episodes I saw they tackle pollution, gun control, and a few other hot topics. Get ready to laugh guys because they way they do it just fantastic! The writers did such a great job with this show to make it feel like a seamless transition from the 90s to 2020 — they even threw in a saxophone playing Bill Clinton!

Something to keep in mind though, if you don’t think you can laugh at some of those things, this might not be the show for you.

The moment the first episode started I was hit hard with nostalgia. The very first scene is that Jurassic Park-esque teaser that was released first. Then Yakko, Wakko, and Dot enter the Warner Bros. lot and run toward their beloved tower — knocking all sorts of WB characters out of the way to get there.

This reboot feels so similar to the original that it really hit me in the gut for a second — in a good way. I had flashbacks of watching Animaniacs with my sister when we were kids and laughing together. She lives out of state and I haven’t seen her in over a year thanks to the current events of the world and well, this made me miss our time together.

The Animaniacs reboot episodes are set up similar to those of the original — the three siblings get into some crazy hijinks and in between that we get some secondary characters shorts. In this case they are all Pinky and the Brain but I am hoping for more to come in season two. 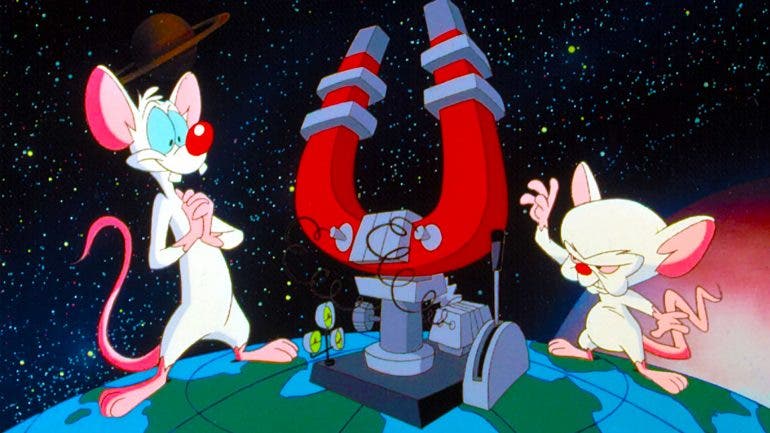 Pinky and the Brain

Speaking of Pinky and the Brain, I think they were the perfect choice to bring back first for this reboot. I know that they were my favorites and I can’t be alone in that. Their shorts are just as great as ever! They also acknowledge that it has been 22 years, but they are still trying to takeover the world. Every night. I mean, what else would you expect from them?

Who Is The Animaniacs Reboot made For?

So is this Animaniacs reboot made for the 90s kids like me who are excited to step back into the world of one of their favorite cartoons? Or is it made for a new generation of kids who heard about this show from their parents — or maybe even have never heard of it?

The answer, I think, is both. My family watches this new version together and we have a blast doing it. Like I said before I am such a big Animaniacs fan that my kids have seen a lot of the original episodes. There isn’t any language and any violence is very, very cartoony. Yes, there is some political and current affairs stuff that may go over young kids heads, but the way it is portrayed will have them giggling anyways.

This first season of the Animanics 2020 reboot completely embodies what the show used to be. Honestly it hasn’t changed much, except for the events they are poking fun at. In order to bring this show into 2020 they add some anime and kawaii to the animation style for specific skits.

If you recall Animaniacs always discussed current events but in a fun way that kids would enjoy. It is still doing that, don’t worry. And just wait until the writers catch up to 2020 — talk about a lot of material! Pinky and the Brain were the perfect choice to bring back in for the first season of the reboot.

Filled with hilarious songs, self aware main characters, and of course current event humor, the Animaniacs 2020 reboot is something that everyone can enjoy! If you like the original show, you are sure to love this one!

They’re back! The Warner brothers, Yakko and Wakko, and the Warner sister Dot, have a great time wreaking havoc and mayhem in the lives of everyone they meet. After returning to their beloved home, the Warner Bros. Water Tower, the Animaniacs waste no time in causing chaos and comic confusion as they run loose through the studio and beyond, turning the world into their personal playground.

Joining Yakko, Wakko and Dot, fan-favorite characters Pinky and the Brain will also return to continue their quest for world domination in each of the 13 episodes.