Netflix’s The Lovebirds succeeds at being a must watch comedy, with a really good plot at it’s core. Get ready to laugh your butt off!

I knew that The Lovebirds would be a funny movie, but I wasn’t expecting to laugh until my cheeks hurt. As soon as I saw the trailer, The Lovebirds was added to my must watch list, but this movie far exceeded all of my expectations. Not only was I cracking up time and time again, there were some plot twists I didn’t see coming. That is what made this movie not only funny, but actually really worth a watch — because of a good plot.

Sure, parts were predictable. I don’t want to give anything away but there is something that probably everyone who sits down to watch this movie can guess. However, that doesn’t mean the ride along the way is boring and not worth it — it is every single bit worth watching. You are sure to be entertained from beginning to end.

Issa Rae as Leilani, Kumail Nanjiana as Jibran of “The Lovebirds” from NETFLIX.

Of course they both had me in hysterics because they are both funny people. Some of the lines that came out of their mouths actually made me back up the movie and watch a scene again (sometimes a third time!). I refuse to give ANYTHING away but the very last scene is EVERYTHING. I was laughing so hard that I had to watch it several times to actually take it all in. PERFECTION. 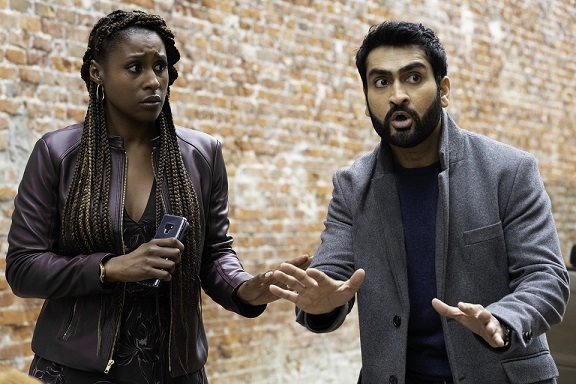 Issa Rae as Leilani, Kumail Nanjiana as Jibran of “The Lovebirds” from NETFLIX.

Very rarely does a comedy like The Lovebirds actually have a really good plot, let’s be honest here. So was I expecting a story I would actually care about? Not really. I figured this would be a great weekend movie night escape, but I got so much more than that.

The story itself is just what you expect from the trailer. Leilani and Jibran are driving their car when they hit someone on a bicycle. The guy gets up and runs away, but then someone jumps in their car saying they are a cop. Well, that guy then tracks down this fleeing bicyclist and runs him over until he is dead. Then leaves the scene, and it certainly looks like Leilani and Jibran and the ones that killed him.

They flee to escape arrest, and then things really get interesting. In order to avoid taking the fall for the crime, they decide to try to solve the murder themselves. The journey proves to be funny, thrilling, and even unpredictable at times. There is a lot more action than I was expecting — and that is a GOOD thing. 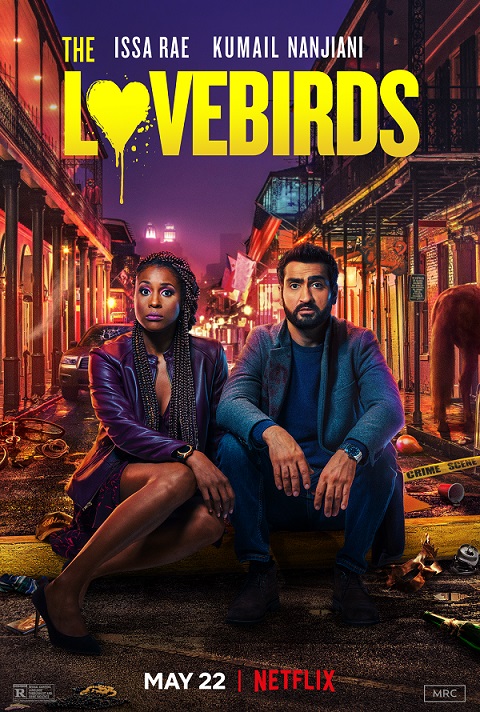 The Lovebirds is not only hilarious, there is some pretty great action in there too. Not to mention the surprisingly good (like really good) plot, that kept me interested in where the movie was going. there was even a big twist that shocked me — and I thought I had the movie totally figured out.

This movie is worth a watch time and time again. I can vouch for the fact that it holds up — even on the third watch. Unlike most comedy movies, this one has a really great plot at it’s core, that will keep you hooked throughout the whole movie. Just when you think you have it figured out, I promise you, you don’t.

A couple (Issa Rae & Kumail Nanjiani) experiences a defining moment in their relationship when
they are unintentionally embroiled in a bizarre crime. As their journey to clear their names
takes them from one extreme – and hilarious – circumstance to the next, they must figure out
how they, and their relationship, can survive the night.

Watch The Lovebirds on Netflix May 22nd!