Defending Jacob on Apple TV+ is actually based on a book — and there are some major differences in the ending of the show versus the book. Here they are.

Apple TV+’s Defending Jacob has been a wild ride — that just came to an end. Sort of. If you have not read the Defending Jacob book, then you might not know the ending is quite different than how the final episode just went. How? Don’t worry, I will break it down for you. The big question is which ending do you like better? The book or the show?

If you haven’t read my spoiler free Defending Jacob review, check it out.

WARNING: There are MAJOR spoilers ahead for the ending of Defending Jacob – both the Apple TV+ show and the book.

I cannot stress enough how many spoilers of the Defending Jacob ending I am going to get into here, so please be warned. If you do not want spoilers, stop reading now — but of course bookmark this article for a good read through later. If you have seen it already or don’t care about spoilers, enjoy!

At the end of episode 7 of Defending Jacob, we see Patz writing a confession for Ben’s death. He is distraught and it seems as though he is contemplating suicide. At the beginning of episode 8, we learn that he did in fact, die that night. The same thing happens in the book, but then, things play out a little differently.

The book version: Patz dies and Laurie and Andy assume he was tying to save Jacob from jail. They still think their son is likely guilty, but are happy to move on with their lives. It is then revealed that Andy’s father, who is in jail for murder, hired a hit man to kill Patz.

The show version: When Patz confesses and kills himself, Laurie and Andy are validated in their feelings that their son is innocent of Ben’s murder. But when Andy gets a hold of the police file after hearing it took a while to close, he discovers that guy his father hired to watch out for him and his family, was seen near Patz’s apartment that night.

He visits his father in jail, and learns that he asked him to make sure Patz takes the fall for this. The way he sees it? Another creep off the streets. And his grandson is free. 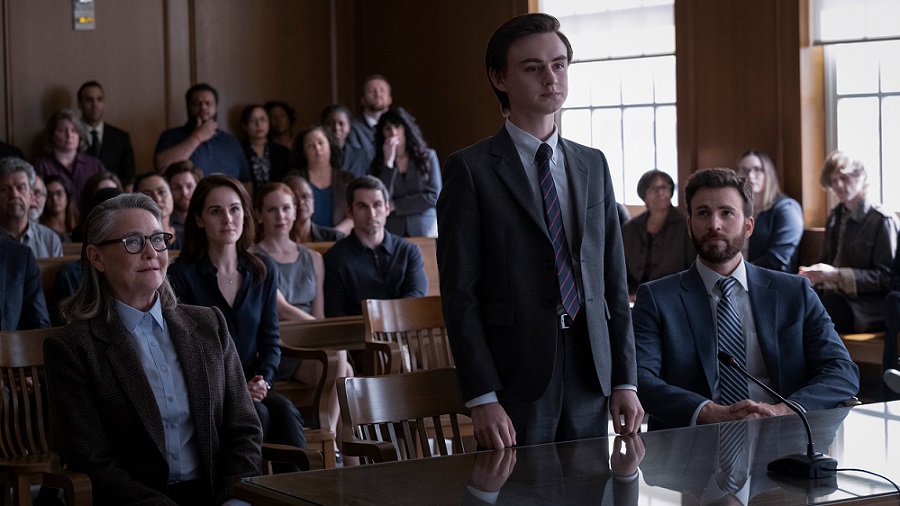 What Happens After The Trial?

In both the Defending Jacob show and book, the Barber family takes a vacation after the trail ends. There has been a lot of stress, so why not go relax. In both cases, something happens to a young girl during the vacation. However, there are some major changes in the series.

The book version: The Barbers head off to the Caribbean and Jacob becomes friends with a girl named Hope. Eventually she goes missing, which makes her parents start to wonder. When Jacob’s mother discovers a red stain on his swim shorts, she becomes even more suspicious. Weeks later, her body is found. She had been strangled to death.

The show version: After the trial is dismissed, The Barbers head off to Mexico, the trip they panned at the beginning of the show. Jacob becomes friends with a girl named Hope. On New Year’s Eve they head off to a party together and Jacob’s parents tell him to text when he is on his way back to the hotel. When Andy and Laurie come back from dinner, Jacob is already in the room, and with a different shirt on. He states that he got in a fight with Hope about something dumb and changed his mind about the party. As for the shirt? He must have left his white shirt at the beach.

Andy breaks down and tells Laurie about what his father did, and she is now totally convinced her son is a murderer. Andy is thinking it too. The Mexican police show up and detain the Barbers, however, shortly later Hope is found. She is alive and says another boy at the party drugged her and kidnapped her. Luckily, the boy’s roommate got scared and called the police. So Jacob was not involved at all. 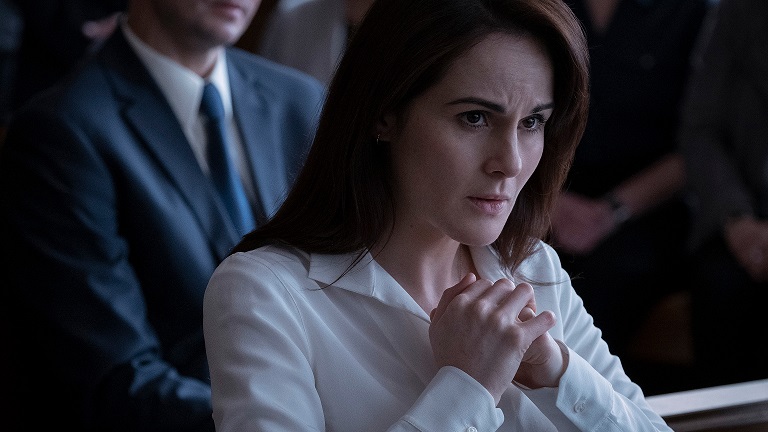 Both the Defending Jacob show and book have an accident that probably comes as a shock. However, the outcome of the accident is different.

The book version: Jacob’s mother just cannot deal with the thought that her son is a murderer any longer. While driving him, she purposefully wrecks her car — killing Jacob instantly and critically injuring herself. It is revealed that Andy has been testifying at a grand jury hearing this whole time. Why? To see if his wife should stand trial for the murder of their son.

The show version: Jacob’s mother is internally struggling with the fact that he may have killed Ben, even though she knows he did not do anything to Hope. While on the way to a haircut, she is yelling at him to answer if he killed Ben and starting to drive erratically. Jacob denies it, but also yells that he did it, stating he will say whatever she wants if she will slow down. She crashes, very much on purpose, into a cement wall.

It is then revealed that Andy has been testifying at a grand jury to see if his wife will be on trial for ATTEMPTED murder. Jacob is still alive, but in very critical condition at the hospital. Laurie is in the hospital as well, although she is awake and seemingly going to live without question. She mentions that the nurses are optimistic about Jacob’s recovery, and that she just wants her family back. She also says that she did not crash on purpose, but it doesn’t really seem like Andy believes her. 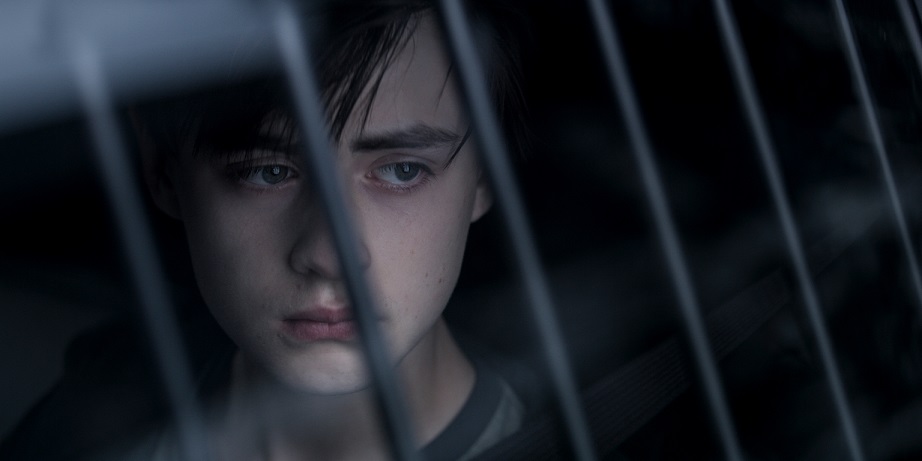 So Did Jacob Kill Ben?

That is the beauty of it all. We don’t know. This question is never answered in the show or the book. The audience is left to wonder and make their own assumptions. I don’t know why, but that is what I really love about this series. I’m a fan of cliffhangers so maybe that is why? I know, I am crazy. My friends all think I am nuts for loving this ending. But there is something to say about just not knowing, and having to make up your own mind about it. So what do I think? Well, he is totally guilty. Right?

So which Defending Jacob ending do you like best? The book? The series? Personally… I go with the series. Leaves me wondering more if Jacob killed Ben or not.

After a shocking crime rocks a small town, an assistant district attorney finds himself torn between his sworn duty to uphold the law and his unconditional love for his son.

Watch all of Defending Jacob on Apple TV+ today!