When fans released backlash on the first Sonic design for his new movie, Paramount Pictures and the filmmakers took it to heart — and did a full Sonic redesign. Here is what director Jeff Fowler had to say about it.

My family was invited by Paramount Pictures (THANK YOU!!) to attend the press junket and blue carpet premiere for Sonic The Hedgehog. We are huge Sonic fans, of course! My husband and I since we were kids so you know we got our daughters into it. They play the games and collect the Sonic comic books — so they were HYPED to attend. My youngest even asked a question to the cast of Sonic (and I am pretty sure she is coming after my job).

I was hoping that the Sonic redesign would be addressed during the press junket, because I know that everyone is wondering how that decision came about. The new version of Sonic the Hedgehog is pretty spot on and near perfect if you ask me. More about how he feels in the movie later, because I am still under embargo. The redesign did come up — but not as I expected it to.

While talking about his passion for the Sonic movie, director Jeff Fowler was playfully interrupted by Jim Carrey with “and then people online said ‘no, we don’t like it‘. Go back and try again“. Of course we all laughed, but were also really eager to hear what Jeff would say. And I must say, he totally crushed his response.

When they announced they were going to go back and redesign Sonic I was happy, but bummed because I knew it would push the movie back. But Jeff was happy to do it. Which I think proves his love and appreciation for not only Sonic, but for the fans — wanting to make the best movie possible.

“Message received. You gotta respect the fans. They’re the reason we had the opportunity to make this movie. They’ve loved Sonic for almost 30 years. You gotta listen to that. We were so excited about the story we tell — we had so much fun making the movie. We really wanted the audience and core fans to be on board in a BIG way. If that meant going back to the drawing board with Sonic a little bit, then we were happy to do it. I could not be more excited about where we landed.”

But you don’t have to take my word for it! Watch the response to Sonic’s redesign below. It sure feels genuine to me, and I LOVE that! Personally I would have seen the movie no matter what because of my love for Sonic, but I sure appreciated this response and action — for the fans!

How much do you love that he respects the fans this much to take their thoughts in to consideration?! I know I do! Stay tuned for my review on Sonic The Hedgehog once embargo breaks — I cannot WAIT to talk to you guys about it! 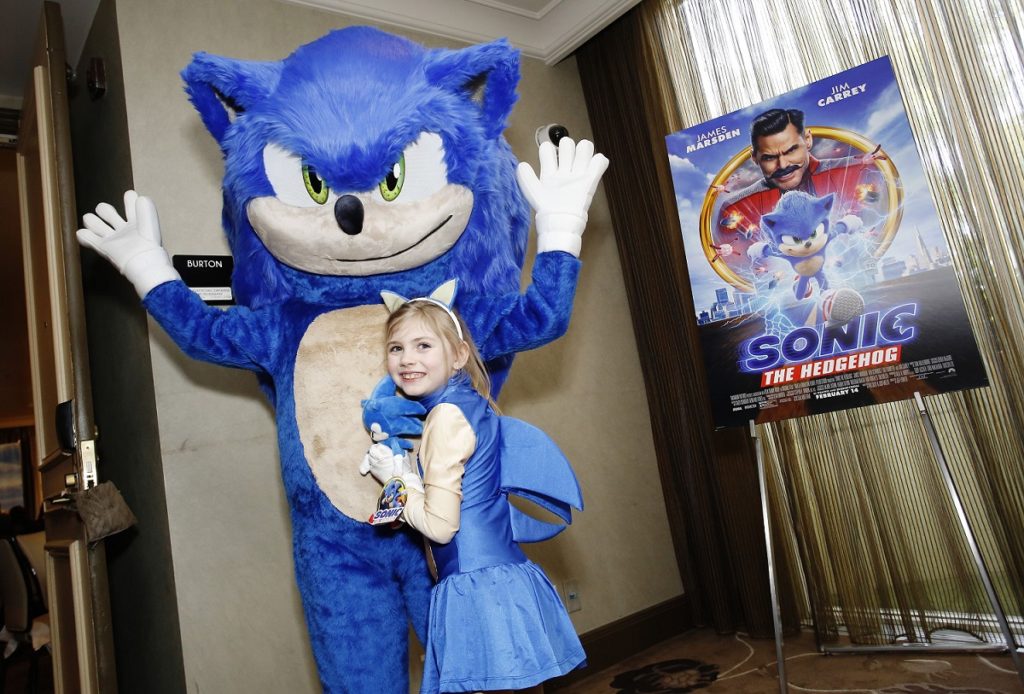 Space Force Review: A Must Watch Comedy That Will Have You Rolling!

[…] I didn’t back up a part in every episode to watch again. And guess what? The jokes hold up. Ben Schwartz plays F. Tony and the words that come out of his mouth are hilarious. It makes me wonder how much […]

Sonic The Hedgehog Is Going To Blow Fans' Minds

[…] even make you cry. The entire cast was perfectly chosen and the CGI knocked it out of the park (after a quick redesign). Fans of Sonic are sure to have the time of their lives watching this movie — I will be […]