Avatar: The Last Airbender Complete Series is coming to steelbook and to celebrate here is a DIY elemental rock painting tutorial! This post is sponsored by Paramount Home Entertainment / Nickelodeon.

My oldest daughter Loves Avatar: The Last Airbender. She has been watching it for a few years now, and to be honest, I had to clue where she first learned about it. But she goes on and on about the characters, and has learned all about the elementals thanks to this show.

One of her favorite things in the world is art. Everything she does relates to art. When I asked her what she wanted to do to celebrate the release of the Avatar: The Last Airbender Steelbook, it was no surprise to me that she chose an artistic craft. She came up with this elemental rock painting inspired by Avatar: The Last Airbender all by herself. It is really easy to do and I assure you, kids will love it. 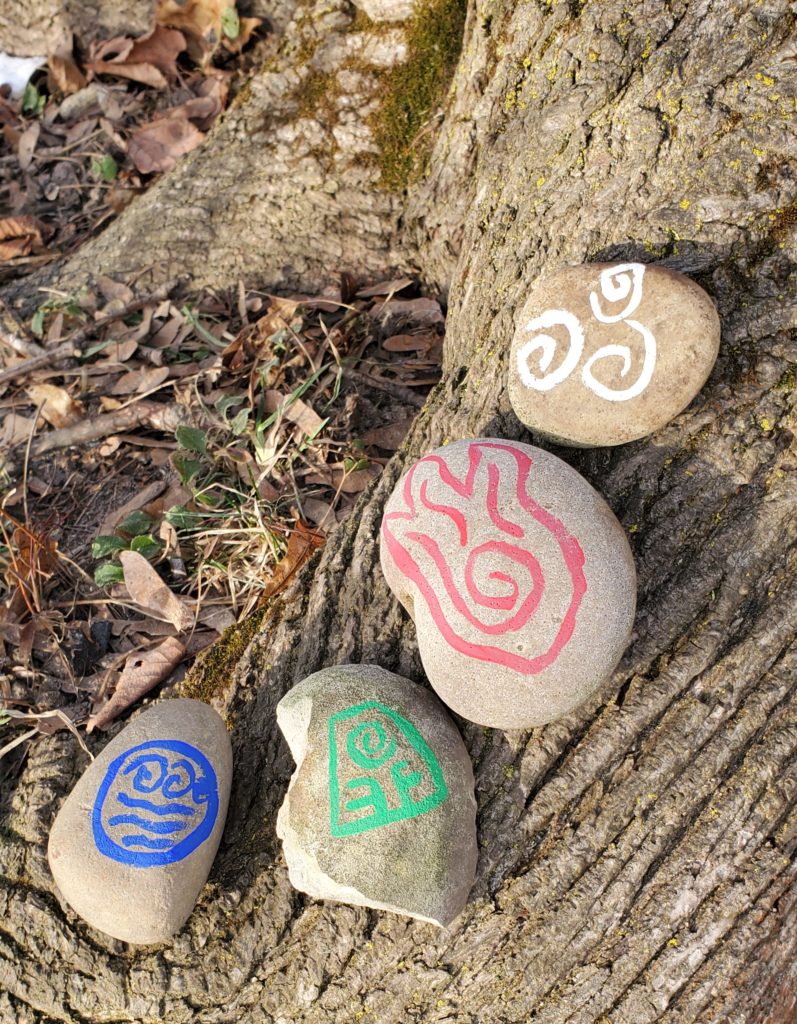 The Avatar elemental rock painting is a lot easier than you might think. It is also a really fun activity for kids (and adults) who love the series to do! Wave your geek flag high when you display these elemental rocks in your yard or rock garden.

1. Clean any dirt off your rocks. 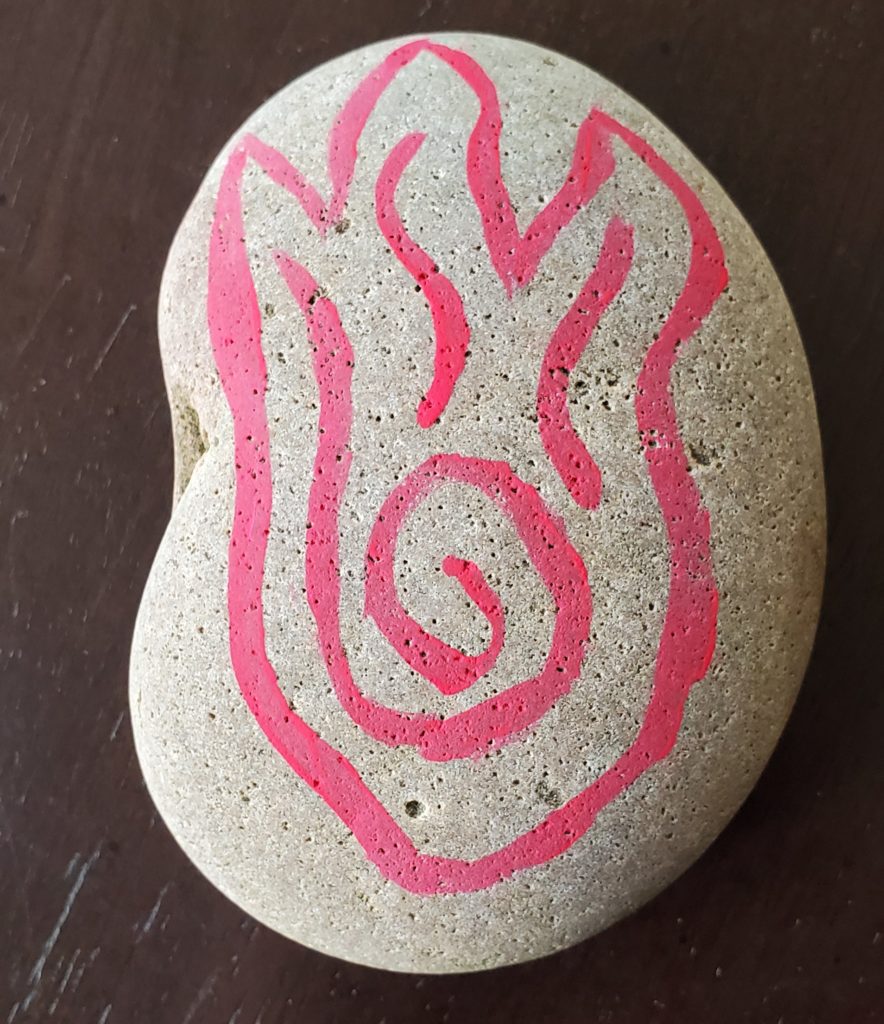 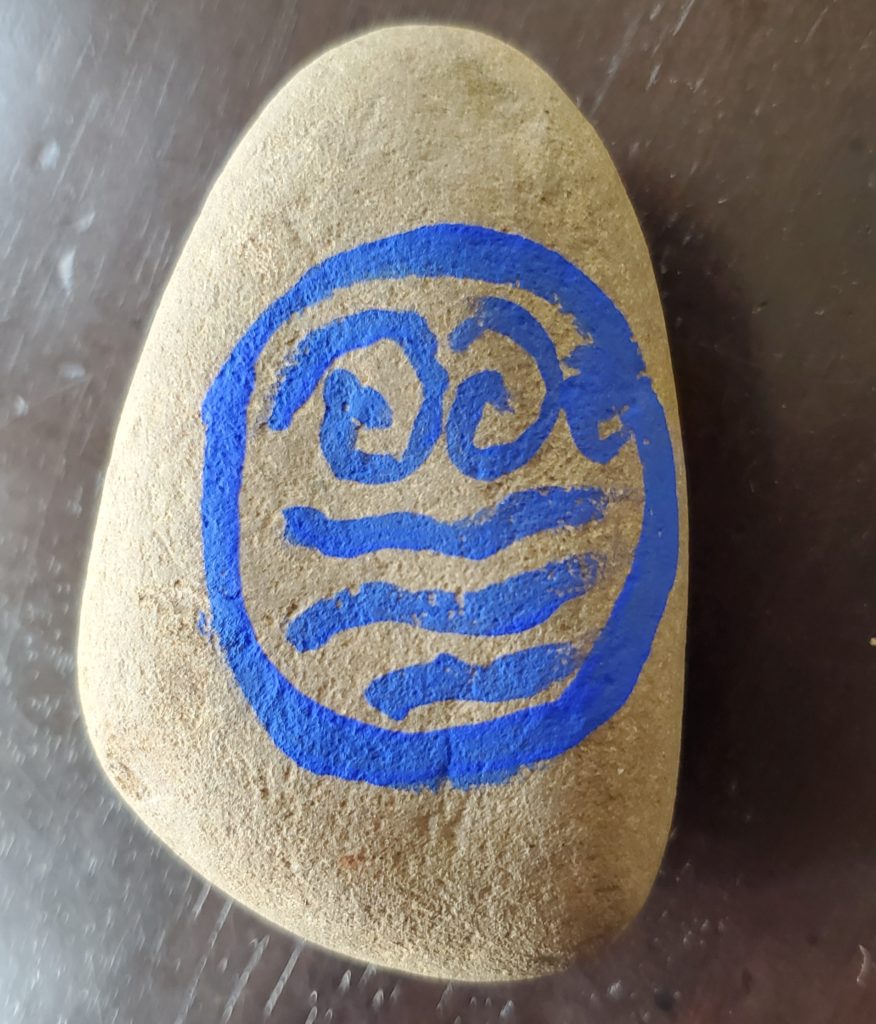 2. Paint the Earth, Fire, Water, and Air elementals – one on each rock.

3. Let dry fully before placing outside.

About Avatar: The Last Airbender Steelbook

Water, Earth, Fire, Air. Four nations. One war-torn world. Celebrate the 15th anniversary of the epic saga, Avatar: The Last Airbender, with this 3 SteelBook® collection, featuring all-new art for each book! Go back to the beginning to experience the animated series that quickly became a phenomenon with a huge fan base that spans the globe! This complete collector’s edition includes all three powerful books: Water, Earth, and Fire.

The 3-book collection features stunning new artwork by artist Caleb Thomas, with each book featuring a different element (Water, Earth, and Fire) and the covers combining to form a beautiful triptych. Thomas was handpicked to design the collection’s covers after series co-creator Bryan Konietzko became a fan of Thomas’ art style on social media. The collection’s production run will be limited to 20,000 units.

Check out these Avatar: The Last Airbender quotes!

As you probably already know, I love me some bonus content! I love getting a look at the behind the scenes and making of my favorite shows. This Avatar: The Last Airbender Steelbook has all this and more.