Frozen 2 is better than the first Frozen. There. I said it. There are many reasons that I hold on to that statement. One of the major ones being that this one took all the feels from the first one, and jacked them up to 100. Perhaps it is because I see my daughters in Anna and Elsa? But something about this movie made me cry, and laugh, and cry some more, and laugh so more. I haven’t had this much fun at the theater in a long time.

And that says something, doesn’t it? To genuinely enjoy your time in the theater. And as soon as the movie ended, I wanted to watch it again. We cannot wait for Frozen 2 to hit Disney+! And as a mom, I am eternally grateful for a whole new collection of songs to listen to over and over. Nothing against Let It Go, but it got old after 5 solid years of listening to it at least 10 times a day.

Frozen 2 made me all kinds of emotional. So much so that it was hard to narrow down my top 10 moments, which if you follow me you know I like to do for you. After an internal struggle, I stuck with the first 10 that popped in to my head after watching the movie. If you have other Frozen 2 emotional moments, let me know!

WARNING: Major spoilers ahead for Frozen 2.

Anna & Elsa Learn Who Their Mother Was

I have to admit that it seemed obvious to me that Anna and Elsa’s mother was the one who saved their dad as soon as he told that story. However, I was excited to see my thought validated sooner in the movie than I expected. Had this been something they held off on for a big reveal at the end of the film, I would have been annoyed. But when it was revealed to the sisters that their mother was in fact the girl who saved their father, my heart filled. The looks on their faces was unforgettable. And yes, I got a little teary-eyed.

Kristoff finally gets a song! And it was 1000 times more awesome than I could have ever imagined it to be. This moment had me all but rolling on the floor laughing. I had tears streaming down my face because the feel of the song, coupled with the scene the animators did, was the best thing I have seen in a long time. Talk about a total 80s music video. This part of Frozen 2 is EVERYTHING. In fact, I had a hard time catching my breath at one point. I can’t wait until I can watch it over and over.

…And what happened to them. Watching the pain on the faces of Anna and Elsa as they relived their parents death — that was heartbreaking. To learn that they were going off to help Elsa understand her powers, and instead met their fate… well, it was emotional. And of course now Elsa feels responsible for their deaths, and as much as Anna tries to explain it away, she can’t.

This is what sparks Elsa to go on the rest of her journey without Anna. And seeing the two sisters torn apart, again, really got to me. My girls are much like Elsa and Anna, to the point where my youngest would always step in harms way for her sister. Always. 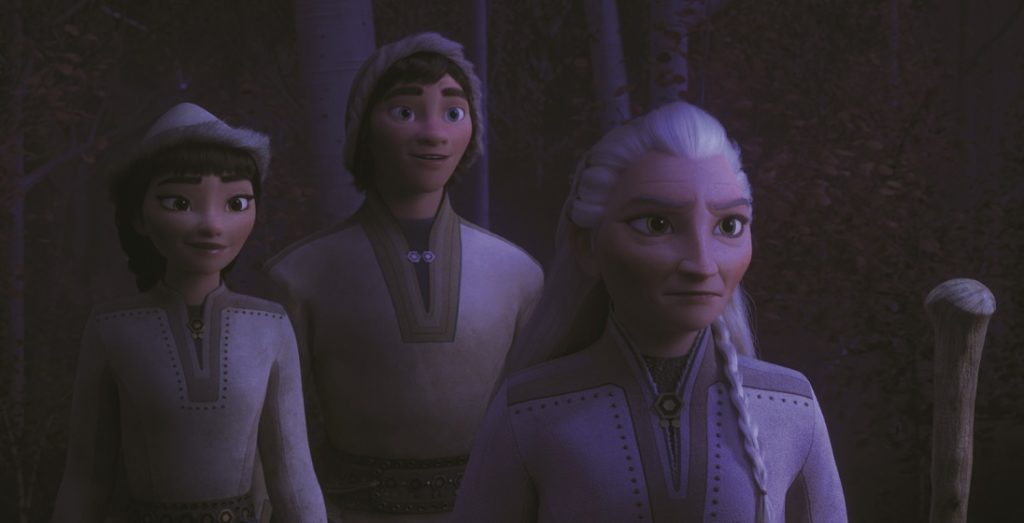 When Elsa discovers that her Grandfather is the one that struck first, my heart sank for her. Her family, and her people, are the ones who betrayed the Northuldra tribe. They struck first. And not only that, it was the plan all along. I could see the hurt and confusion in her eyes. She needed to see the truth and that forced her to go a little too far. And that’s when I really lost it…

Elsa Freezes Because She Goes Too Far

Despite being warned by her mother’s song, Elsa goes too far. And because of that she freezes solid. She is lost. Luckily she is able to get a message to her sister, Anna, before she completely freezes, but it seems like it is too late for her.

And because Elsa dies, her magic goes with her. Which means that poor Olaf. Fun loving Olaf. He flurries away into nothing. With Anna holding on to him and witnessing it as it happens. CUE THE TEARS, am I right? This might be the most emotional moment in all of Frozen 2. Anna is alone again. Just as she was in Frozen.

This moment influences her song “The Next Right Thing“, which I do love. It is all about grieving, and going on after loss. No matter how deep that loss it. And I think that is a good lesson for kids. However, this scene was hard for my kids to watch. My 6 year old sobbing broke me.

As might be expected, Anna continues on and saves the day. She pushes through the pain in order to do the right thing. In order to save the Northuldra tribe, and free their forest from the magic. She leads the Earth giants to the damn, and taunts them. This causes them to throw rocks at her, which in turn breaks the damn.

It was thought that this would cause Arendelle to be flooded, however it frees Elsa from her frozen state as well. Who has just enough time to hop on a water Nokk and save the day for Arendelle! So everything works out in the end. We even get our snowman friend back.

“Do You Wanna Build A Snowman?”

I kept this out of my Frozen 2 quotes article that went up earlier because it is kind of spoilery, but this is easily my favorite quote of the movie (and the most emotional). Why? Because after Anna saves the day, and her sister (again), Elsa asks her if she wants to build a snowman. Anna, of course, is hanging on to Olaf’s arms, eyes, nose, and buttons. Throughout the movie, Olaf has been talking about how water has memory. And Thank God it does because Olaf is able to be formed again, complete with his memories.

I had been waiting for this moment for all of Frozen 2. And if I am being totally honest with myself, since the ending of Frozen. Kristoff and Anna make the best couple, and I was waiting for him to finally get the words out. The poor guy stumbled through most of the movie, but he pulled it off. And I was overjoyed! Especially considering how emotional the moments leading up to that were.

…And her sister, Elsa, becomes free. As much as I hate the fact that these sisters are now separated, I love the fact that they both have gotten what they need. And deserve. Elsa has never wanted to be Queen. And now she doesn’t have to be. She can embrace her magic, and learn more about it, while being free! Of course, she will still be visiting Arendelle for rousing games of Charades.

What were the most emotional moments of Frozen 2 for you? Were they different? The same? Let me know in the comments! 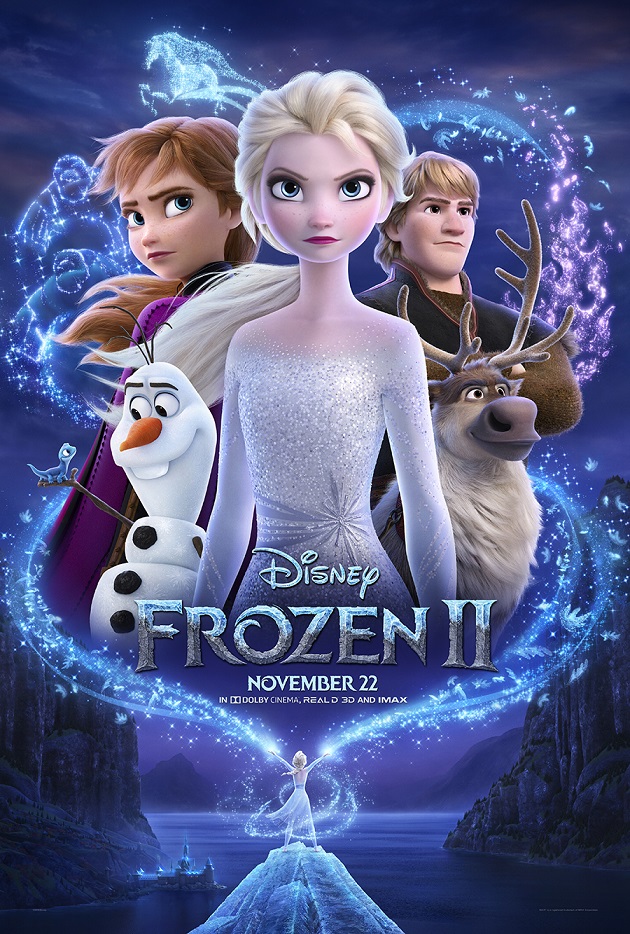