I have been dying to see Brightburn from the moment I saw the first trailer. Unfortunately I live in what you might call the middle of nowhere. We have a tiny 7 screen movie theater, and sometimes certain movies never make it to the big screen here. Brightburn was one of them. And if you follow me on social media you probably already knew that, because I made a BIG stink about it.

Thankfully I have amazing friends, and one of them sent me a copy of Brightburn on 4K once it was out — and you know I watched it that night! Another thing you probably know, if you know anything about me, is that I love James Gunn. I think he is a brilliant mind and a genius. I have interviewed and met him on several occasions and it is always such an honor to chat with him. So knowing he was at the helm of this movie just made me want to see it more.

Brightburn was all I could have hoped for — and more! Well worth the wait, although I am still bitter I had to wait so long. If you love jump scares, and horror, and gore, and crazy deaths — then this is a movie for you! It is an evil take on a superhero — a what if — and it is more than worth a watch!

Warning: Major spoilers for Brightburn ahead! 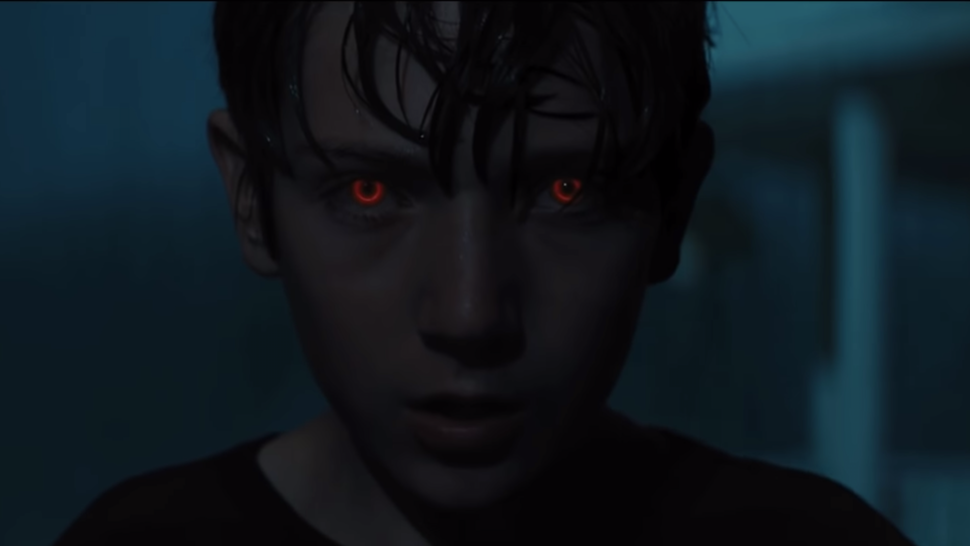 An Evil Take On A Superhero

The basis of Brightburn is very similar to Superman’s origin story. However, instead of being here to protect the world, he is here to take it. And what ensues as he learns his true purpose and where he came from, is pretty amazing.

As you can see by the trailer, he acts out quite a bit. Making himself a creepy costume, and breaking a girl’s hand (she totally deserved it). It just gets crazier and crazier from there.

I LOVE a good movie filled with gore. I don’t know why, but I do. When a scene is so nasty that I have to look away — that is my jam. Brightburn has so many scenes like that. The glass in the eye, which we see in the trailer, is just the tip of the ice burg. When someone’s jaw is literally smashed off, and just hanging, and they fumble to hold it up — oh my, it was so satisfyingly disgusting! 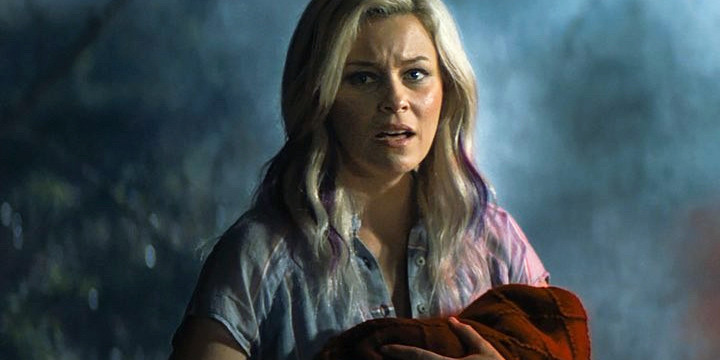 The Plot is Thin

Sure, the plot is a little thin. But this is horror movie. If you are expected a thick plot, that is kind of on you. Brightburn is very much a horror movie, through and through. Predictable at parts, sure, but the ending did throw me for a loop. It was something I was not expecting at all.

I thought for sure that Brandon would be stopped by his mother. But when he dropped her from thousands of feet up in the air to her death — and then became the “only survivor”, my jaw dropped. Seeing him continue to wreak havoc on the world during the credits (featuring Michael Rooker) was pretty amazing.

Brightburn is a movie that any true horror fan is sure to love. It is filled with jump scares, gore, and suspense. The acting by all parties is great — I think that Jackson Dunn is extremely talented! I want to see more. No, I need to see more. I have my fingers crossed for a sequel — or even an entire universe. The end credits did set us up for that. How amazing would that be?

What if a child from another world crash-landed on Earth, but instead of becoming a hero to mankind, he proved to be something far more sinister? With Brightburn, the visionary filmmaker of Guardians of the Galaxy and Slither presents a startling, subversive take on a radical new genre: superhero horror.

Not all superheroes are here to save us.