My whole family has been dying to see Detective Pikachu since the moment we heard about it. We are HUGE Pokemon fans. And by huge fans I mean we play the video games, and we also collect the trading cards.

We sit together every weekend and play a tournament (my psychic deck crushes the competition with my Mewtwo – so you KNOW I was thrilled to see him in the movie!). We often spend our free time watching the shows and the movies. So yea, we were a tad bit anxious to see this movie.

Also know, because of how big Pokemon fans we are, this review may be a bit bias. So take it with a grain of salt! 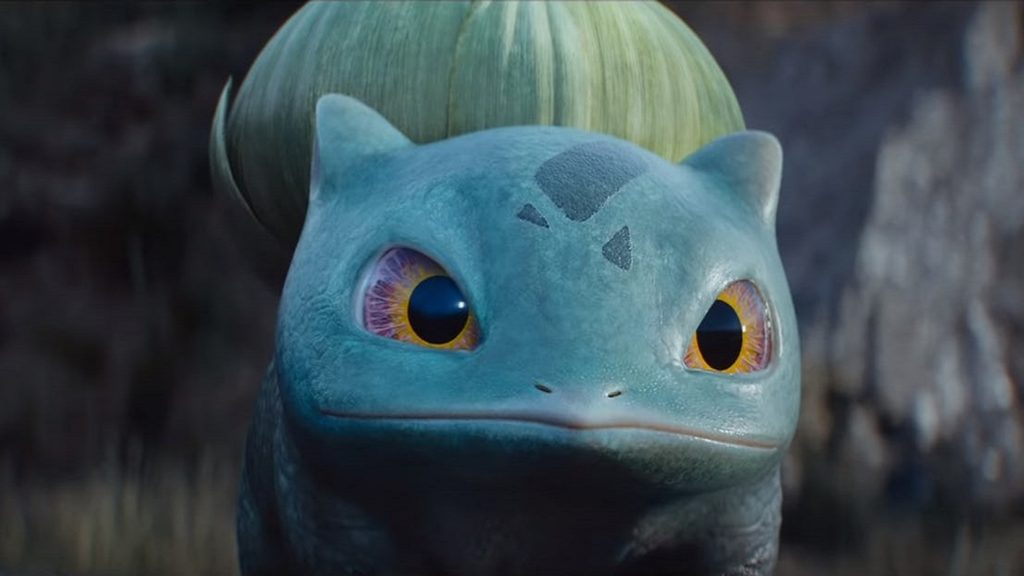 Ryme City is the place where dreams are made of for Pokemon fans. Everywhere you turn, there is another Pokemon. My family had so much fun pointing them all out – from Lickitung, to Growlith, to Snorlax, and so many more!

In fact, the Director said in an interview he thinks there are 54 Pokemon in Detective Pokemon, but he could be wrong. That is a LOT of Pokemon. Of course I was hoping for 151 (or 152) but that is the Gotta Catch ‘Em All nerd in me!

The CGI Blew Me Away

A movie like this could have gone horribly wrong, but it didn’t. There is an insane amount of CGI in this movie, and was darn near flawless if you ask me.

Putting humans and Pokemon so closely together, so often, had to be a challenge for the team working on the film. They totally pulled it off though. And Pikachu looked SO FUZZY and SO CUTE! I just wanted to squeeze him. Pika Pika!

There is one part, toward the end, with Mewtwo that bothered me a little. He was moving a little weird, in my opinion. But as I said earlier Mewtwo is MY Pokemon. So of course I want him to be perfect.

The Acting Was Great

Ryan Reynolds was hands down the best casting for Pikachu. I think he is a fantastic actor, and he was able to pull off this role with only minimum backhanded dirty comments. Nothing like Deadpool, of course, but some were there. Honestly though, he was hilarious in this role.

Justice Smith and Kathryn Newton made a great investigative team, and I loved seeing them work together. I was sucked into Tim’s story, and Justice did a great job of making me believe all the feelings he was going through.

Bill Nighy was also pretty darn amazing in his role. I was surprised to see Chris Geere in this movie, but I was here for it! I love him in You’re The Worst.

While the story was actually really good, it was ridiculously predictable. About 10 minutes in to the movie I leaned over to my husband and whispered “I figured it out.” About 5 minutes later, he replied “Yea, I think I just did too.”.

And we had. But you know what, that’s OK. We didn’t know all the major details of the twist, just the general gist of it. Honestly something the team did, which I get why they did it, helped give it away. Trying to stay spoiler free here guys, but if you have seen the movie, you likely know what I mean.

All that being said, my two young daughters (they are 6 and 7) had NO clue. At all. They were shocked. Even a group in the theater behind us went “nooooooo…..” because they were completely surprised when it was revealed.

Despite being super predictable, Detective Pikachu is easily one of my favorite movies of the year. I loved the action (the Pokemon battles were amazing!), seeing my favorite Pokemon up on the screen, and of course, following Tim and Pikachu’s journey.

Will I see it again in theaters? No. Will I buy it when it comes out and pause it every two seconds and count every single Pokemon I see? You bet I will!

Detective Pikachu is in theaters now!