As you likely already know, I am a total comic book nerd. So of course throughout both of my screenings of Avengers: Endgame, I was taking note of all the comic book Easter Eggs and references. Being that it is such an emotional movie and I literally watched most of it through tears, I am sure there are many more I have missed. I decided to collect my 10 favorites, that I am sure massive fans like me loved too!

Thanos being a farmer on a distant planet is something that I am sure every comic book reader was hoping for. Back in Infinity Guantlet, this is where Adam Warlock found him at the end of the story line.

Thanos retired to live a farmer’s life, and Adam let him stay — much to everyone’s surprise. Adam claimed that Thanos was a piece of the puzzle and without him, the story is incomplete. 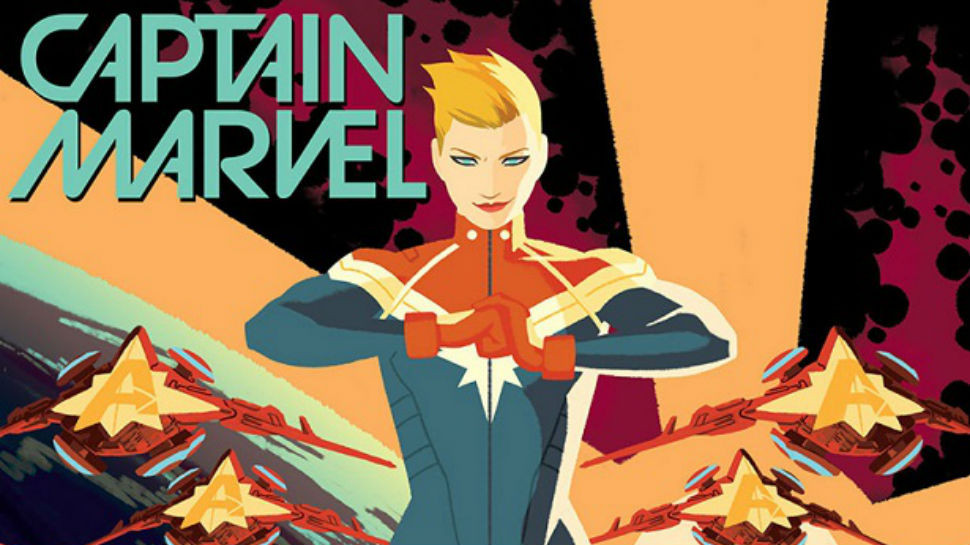 When we see Carol Danvers for the first time after the five year time jump, I immediately noticed her hair. And I was HYPED. In the comic books she has short hair for quite a while, only recently growing it out long again (in The Life of Captain Marvel).

I personally love her short hair, and think it makes her look just as bad ass as she is. I was glad to see the MCU give her this nod.

Clint Barton (AKA Hawekeye) is one of my favorite characters in the Marvel comic books. He goes through a lot, and his story lines are always entertaining. I think Jeremy Renner plays him perfectly, and did a fantastic job with turning him in to Ronin in Avengers: Endgame.

The story of Hawkeye to Ronin to Hawkeye is a fantastic run in the comics, and I suggest you check it out — but I love how it was done in the MCU as well. Seeing him with a samurai sword, and not his typical bow and arrow, made my heart sing! It was a great reference!

I totally missed this the first time around, but immediately saw it during my second Endgame showing. The locker labeled Lang, where Scott’s van and belongings were kept, is Locker #616. In the comics, Earth-616 is the main Earth and time line where most of the stories take place.

If you did not know already, there are MANY different Earths and timelines, but, like I said, Earth-616 is the main one. So this made me smile when I saw it!

When Captain America: Steve Rogers came out, there was a MASSIVE twist at the end. We see Captain America himself saying “Hail Hydra” and I promise you, the comic book world turned upside down. This was something that no one ever expected to come out of Steve’s mouth.

So when the Russo Brothers slipped in a moment where Cap could whisper those words, and it would make total sense – my whole theater cheered. It sent chills up my spine and I loved every second of it.

I am a big fan of Bruce Banner, and the Hulk. In the comics, they combine forces at one point and become Professor Hulk – just like we see in Avengers: Endgame. I thought this was a fun nod to the comics, and done very well.

The CGI was pretty great and Mark Ruffalo’s voice acting was on point. I thought it was great to see Hulk in this way, and hopefully we see more of him in the future of the MCU.

While on Vormir, Red Skull quickly mentions Black Widow’s father’s name to her. Why is this such a big deal? In the MCU, she had no idea who her father was. The name he said? Ivan.

Comic readers’ ears likely perked up at this point because Ivan Petrovich is Natasha’s adopted father in the books. To learn more about Ivan and Natasha’s comic book relationship, check out the article I wrote for Screen Rant.

Fans of the comics have been waiting a long time – 11 years in fact – to hear “Avengers Assemble!” on the big screen. And we couldn’t have gotten it at a better time. Just when you think all hope is lost and Captain America is alone against Thanos and his army, everyone portals in to help with the fight.

When he said AVENGEERS….assemble, I admit, it made me start sobbing. This is something that is said in the comics often before a big battle, and it was the perfect on screen use of those two iconic words.

Harley Keener, who is the little boy we see in Iron Man 3, has another name he goes by in the comic books – Iron Lad! He is part of the Young Avengers who I have been DYING to see on the big screen – and seeing Harley Keener show up during one of the final scenes of the films has given me hope that we will – sooner than later.

Stick him with Cassie Lang, who is Stature on this team, and we have the beginning of an amazing new phase of the MCU.

Seeing Steve Rogers pass his shield on to Sam Wilson (AKA Falcon) was something I expected to happen. In the comics, Sam and Bucky both have also wielded the shield. I figured it would be passed on to one of them, but was really happy to see it go to Sam.

Did you notice any other comic book references?
Let me know in the comments!