Last summer my heart was broken when I heard the news that James Gunn had been fired from Guardians of the Galaxy Volume 3. The Guardians are my favorite rag tag group of friends from the Marvel comic books – so much so, that I have a full Guardians sleeve tattoo. James Gunn himself even provided me with a clean copy of his signature to be the finishing touch on it. Well, the news has just broken (and I have confirmed) that he is BACK on as director or Guardians 3 and I could not be more thrilled. 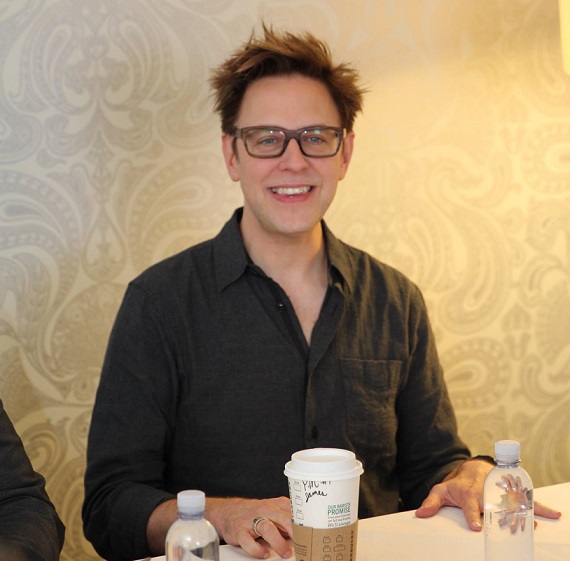 Everyone Deserves a Second Chance

When I saw the news, I literally dropped my phone. And then I started shaking. And then I sat down to write this post. Everyone deserves a second chance and the way that James was fired gave me all sorts of feelings. Sure, his tweets were wrong. But they were old, and he had already apologized for them. Multiple times. When he removed himself from social media, I felt a void. I looked forward to seeing his tweets, his Instagram stories, and everything he was posting. It seemed – wrong – to not have those popping up in my feed anymore.

Marvel has decided to take him back on because, well, everyone deserves a second chance. Including Marvel. Because you know what, I can’t say I would blame James to pass on the offer. But they are truly his Guardians, it is his trilogy, and he is the perfect person for the job. I met and interviewed James Gunn a few times, and he was always a really nice guy. In fact, he shared a photo of Kevin Fiege, himself, and myself on his Instagram once. I am so over the moon happy for him because he deserves this.

Guardians of the Galaxy Vol. 3

Honestly, I was really torn up about the fact that James was removed from this project. I cried. I was unsure that I would even see it and if you know me, that says a lot. When it was announced that they were using his script, I was happy, but still sad his hands would be removed from it. Knowing now that he is BACK on as director, well this just made my day – my week – my year!

Bravo Marvel! You did the right thing.