Very rarely a sequel, or second season of a television show, is better than the first. Well, season 2 of Future Man just dropped on Hulu this past weekend and it came damn close. The first season blew me away. It made me fall even more in love with Josh Hutchinson as an actor. Eliza Coupe and Derek Wilson quickly because two of my favorite actors as well. And now, their growth and change in season two – amazing. Sure there were some obvious twists, but it didn’t take away from how great this season is.

Warning: There are spoilers from the season ahead. If you have not watched this season and wish to avoid spoilers, stop reading now and bookmark this review for a later date.

The majority of this season is spent in the future. Obviously, Josh didn’t completely save the world as we hoped after the end of season one. Our three heroes (Josh, Wolf, and Tiger) are more or less split up throughout these episodes. Their paths cross here and there, and of course for the last few episodes. Each of their stories is fantastic. If I had to choose a favorite – well it would be a tossup between Tiger and Wolf. Tiger, meeting her “time twin” and falling in love with Stu was not expected, but was done really well. I loved seeing her character grow the way she did. And her time twin was hilarious. I totally figured out that she was Achilles a few episodes before it was revealed, but it didn’t bother me.

Wolf taking over the life of Torque was quite a journey. I think I laughed the hardest every time he was on screen. At first, he didn’t want to stay, but then, he ended up loving that life. However, I was relieved when he left his cluster and the NAG (New Above Ground) to join Tiger and Josh. 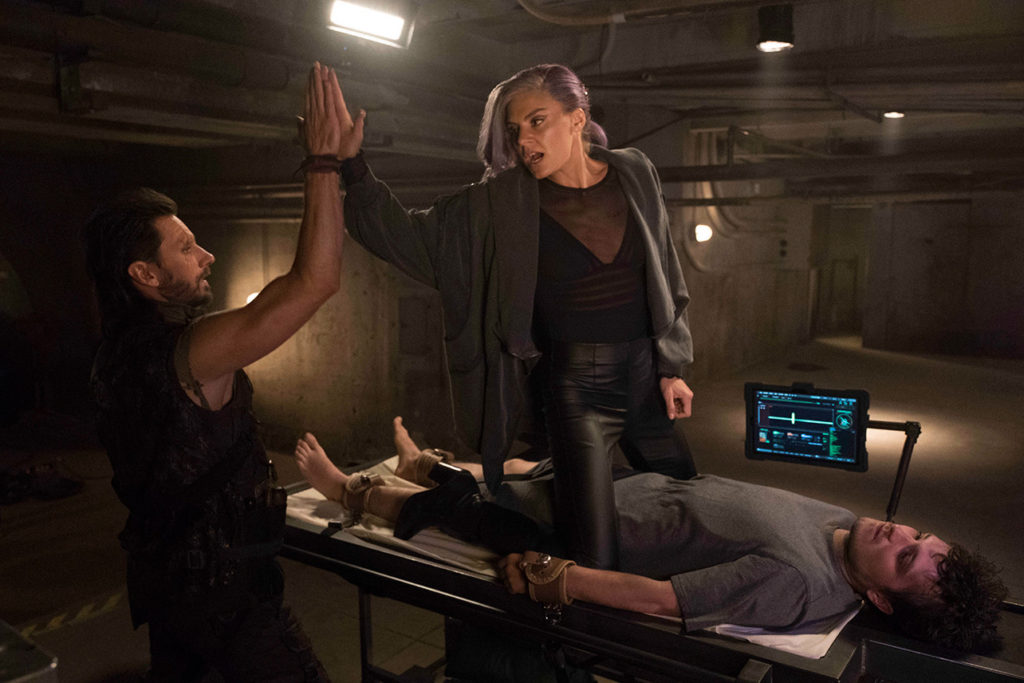 If you liked the humor that season one brought you, don’t worry, season two has the same feel. We see penises, we have deaths and explosions filled with gore, and we have cussing. “The Muffle Song”, which is something the kids of the NAG sing while their parents are having sex, had me nearly rolling on the ground laughing. This whole season is hilarious, almost funnier than the first.

We do not know if there will be a season three but oh my goodness, I hope there will be. The way my three favorite time travelers were left, we need one! The ending was good, a tad predictable (I totally knew they would all choose to spray themselves), but mind blowing at the same time. I totally had no clue it would be a televised death event – WHAT! Seth Rogen was amazing in his cameo and I hope he appears quite a bit in season three!