Thank you to Marvel Studios for hosting me during the Ant-Man and The Wasp Event! All opinions expressed are 100% my own.

If I was forced to sit down and rank the Marvel Cinematic Universe movies from my favorite to least favorite, Ant-Man and The Wasp would be in my top 5. Easy. I would never have expected that before seeing this movie because my top 5 are pretty solid. Or so I thought. This movie brings fun and humor, but also a badass female superhero who kicks some serious butt. Not to mention the female antagonist (girl power am I right ladies?). Ant-Man and The Wasp brings it to the big screen guys. Avengers: Infinity War is a hard act to follow, but this movie did it perfectly. Filled with humor and fun that doesn’t take away from the plot – Ant-Man and The Wasp is a must see family film. There, I said it. See it in theaters on July 6th, you won’t be disappointed.

Humor is a big part of Ant-Man and it continues to be a big part of Ant-Man and The Wasp. But it doesn’t dilute the story, and that is what I love about it. It is so easy to lose the plot and story line in a film while trying to stick humor in where it is not needed. Partly thanks to Paul Rudd, this doesn’t happen at all with Ant-Man and The Wasp. We get a Luis telling a story bit, which was something I was really hoping for – and it totally delivers. Probably his best story ever. I just don’t see how they will top that. I was laughing so hard I started crying. Many of the moments between Hank Pym, Hope van Dyne, and Scott Lang had me dying as well. Hank is not a fan of Scott because of how he went rogue in Civil War, and he is not afraid to let him know.

But Ant-Man and The Wasp is not only a comedy, oh no, it brings the action too. There are several incredible action scenes that are brought to life with the shrinking and blowing up of objects. I loved seeing normal household objects grow giant and other things go really really small. And how they ended up being used in a fight – perfection. I found myself looking around scenes and trying to figure out what might be hit with some Pym particles next. Thanks to Pym particles, The Wasp and Ant-Man can go really small while fighting and that is amazing to see. It brings fun to the action. There is a van scene, that we do see part of in the trailer, that is one of my favorite action scenes ever – not just in this movie.

Seeing Evangeline Lilly and Hannah John-Kamen in action in this film made me proud to be a woman. They both had phenomenal performances.They were strong, powerful women and they both excelled in this movie. They kicked ass in the action scenes and brought heart when it was needed. I teared up a few times, I am not going to lie. Ghost became my favorite villain, if you can even call her that, and The Wasp, she just might have skyrocketed to my favorite superhero. Seeing such strong women up on the screen that I know will be role models for my girls really moved me. Ant-Man is kind of the sidekick in this one, but he is pretty amazing too. He even gets a feminine moment, so watch out for that.

This movie was all about family. We see Scott and Cassie’s relationship and Hank and Hope’s relationship have both grown. Peyton Reed even told us that one of his favorite aspects of the movie was how Scott and Cassie’s relationship has developed. Having daughters myself and knowing what a great father my husband is to them, this pulled at my heartstrings. Behind this movie are some amazing family dynamics. More than you might expect to see, which made this a true family film if you ask me. I will touch on this more in my interviews with Peyton and with Paul Rudd, since they both discussed it in length – so watch for those! 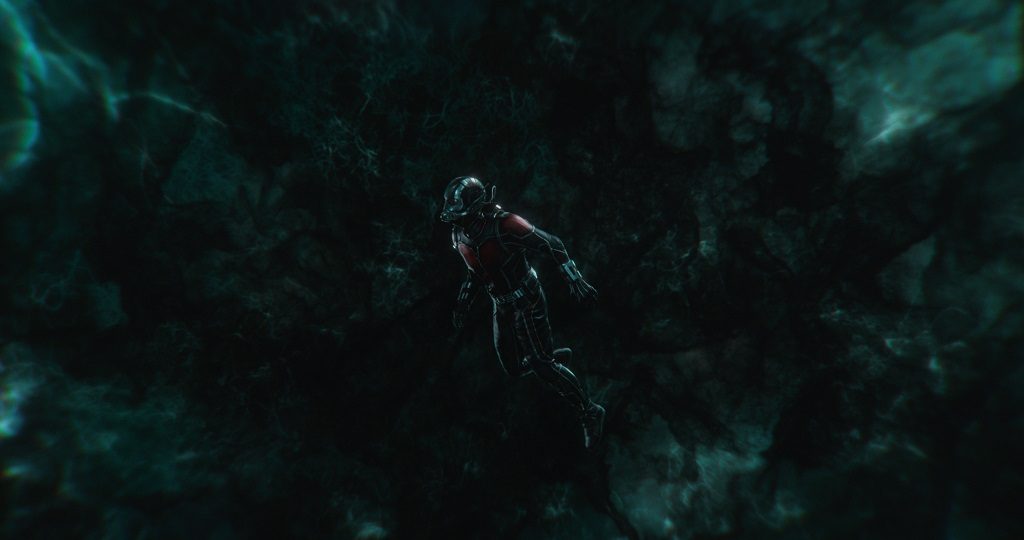 Ant-Man and The Wasp, like all Marvel movies, features a couple of stingers after the film. There is a mid-credit and an end-credit scene. Both of which you need to stay for. The mid-credit scene is like a movie all in its own and brings a while new feel to the film. It is very important to the future of the MCU and might just blow your mind. The end credit scene made me chuckle, and then gave me literal chills. Don’t miss them. Trust me.

Make sure you have seen Ant-Man, Civil War, and Infinity War before heading to theaters (but really see all of the Marvel movies).

About Ant-Man and The Wasp

Scott Lang is grappling with the consequences of his choices as both a superhero and a father. Approached by Hope van Dyne and Dr. Hank Pym, Lang must once again don the Ant-Man suit and fight alongside the Wasp. The urgent mission soon leads to secret revelations from the past as the dynamic duo finds itself in an epic battle against a powerful new enemy.