This past weekend, one of my dreams came true. I went to Skywalker Ranch and LucasFilms HQ. I am a huge Star Wars nerd so this was amazing for me. The things I got to see – only a handful of people can do that. It was truly a once in a lifetime experience that I will never forget. 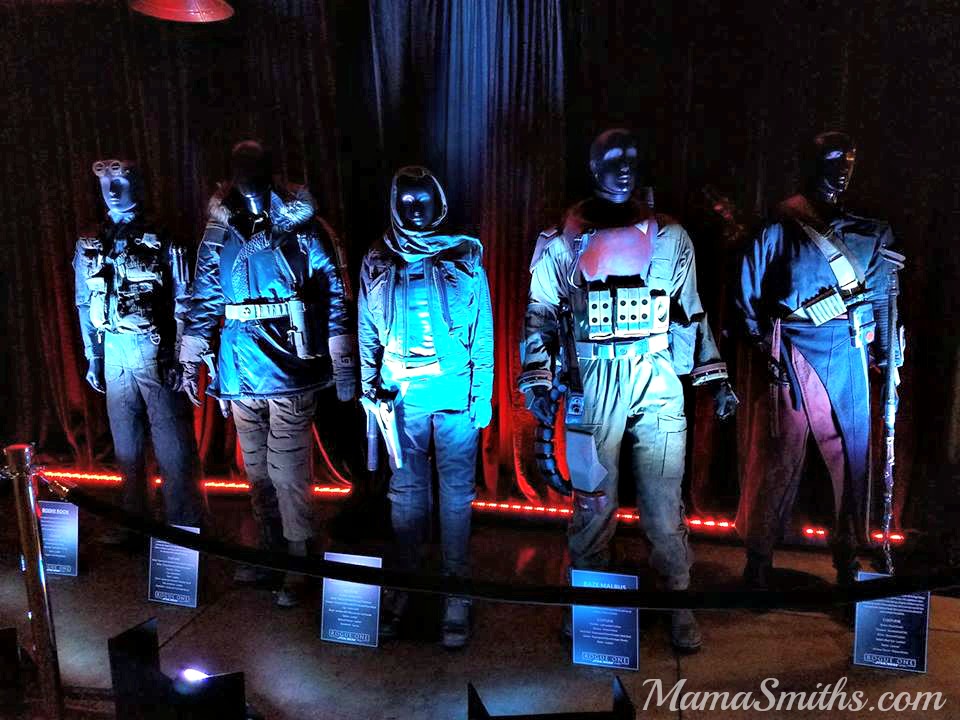 From the moment we pulled on to the Skywalker Ranch lot, I was in awe. It was pitch black and we could barely see a thing but I knew I was where George Lucas – THE George Lucas – lives sometimes, and that was enough for me. After being told to turn our cellphones off and put them in sealed bags, we were led into a theater. But not just any theater. The theater where George Lucas himself has sat and screened 1st cuts of some of America’s favorite films. WOW.

We were in George Lucas’ theater – and we were about to watch 28 minutes of Rogue One: A Star Wars Story. I am pretty sure I watched all the footage with my mouth hanging open. I was in awe. What I saw was so well done – different but with similar undertones. Gareth Edwards has done incredible things and I cannot wait to see the rest of the movie – I am DYING to see the rest of the movie.

A Tour of the Grounds

After the footage, there was a press reception. There was delicious foods and wittily named drinks (Jyn and Tonic & Jyn Mule). We were able to get our photos taken with some Stormtroopers and saw 8 costumes from the movie displayed. I was on cloud 9 all night – and then we were told the Skywalker Ranch General Store opened up for us and we could shop. I collect 3 things – magnets, ornaments, and mugs – so I got all 3 of those and I know I will smile each time I see them as I remember this once in a lifetime experience. On the way to the store, we even drove by George Lucas’ house, which was beautifully decorated for the holidays.

I could have ended my trip there and been one of the happiest geeks alive – but the next day we were off to LucasFilm Headquarters to interview many of the cast members and the director. I will have those interviews later (so keep checking back for those), but we were also able to shop there AND get a private tour. I am pretty sure I was beaming with excitement the entire day (my cheeks still hurt from smiling so much).

There was so many incredible things to see on the Industrial Light and Magic (ILM) tour. I was surprised to discover just how many movies were finished there. We walked down a wall filled with posters of movies they finished in post and it was quite surreal. The props that I got to see – things like Slimer from Ghostbusters, the T-Rex from the original Jurassic Park (and fun fact – he was scanned in to a computer for the new one too!), and models that were used on set for movies like Star Wars.

I could have spent an entire day – or longer – exploring everything. The hour tour seemed way too short. One of my favorite things was the motion capture suit for Davy Jones from Pirates of the Caribbean. I loved that it even had the claw hand like the character.

Speaking of motion capture, because Alan Tudyk did motion capture for K-2SO, we were able to go into a motion capture studio there and see how it was done. This was really fun! We got to see the suit up close and also see K-2SO projected on screens while the person wearing the suit was moving around. I found it fascinating to watch – and the guy in the suit made it a lot of fun. We even were taking photos with K-2SO! It is such an amazing process.

I still cannot believe that I was there and all the amazing things I saw. These were once in a lifetime opportunities and I will treasure the memories for the rest of my life. Any Star Wars nerd – or movie nerd at that – would appreciate the incredible things that I saw.

[…] got to sit down and chat with Riz Ahmed about his role in Rogue One: A Star Wars Story while at the LucasFilm Headquarters earlier this month. In case you missed it, he is a Golden Globe Nominee, guys! That means he is […]